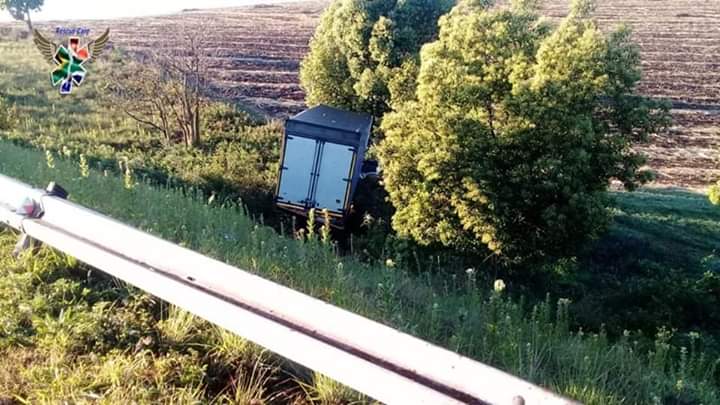 One person has been killed and three others injured in a truck and car accident on the N3 West bound after Shongweni at around 05h30 this morning.

A truck had somehow lost control and crashed through the centre medium before colliding with a light motor vehicle and coming to rest down the embankment.

One person, a adult male believed to be in his late forties sustained fatal injuries and there was nothing further Paramedics could do for him and he was declared deceased on the scene.

Three others sustained minor injuries and were stabilised on scene by Rescue Care Paramedics.

The events leading up the the crash are unknown however SAPS were on the scene and will be investigating further. 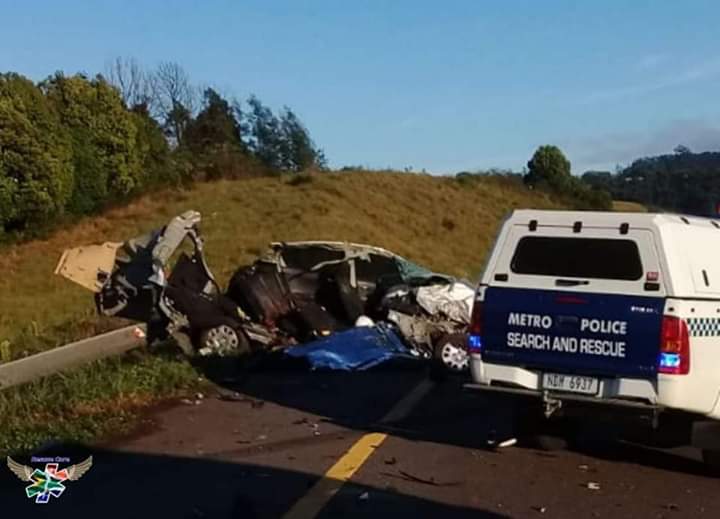