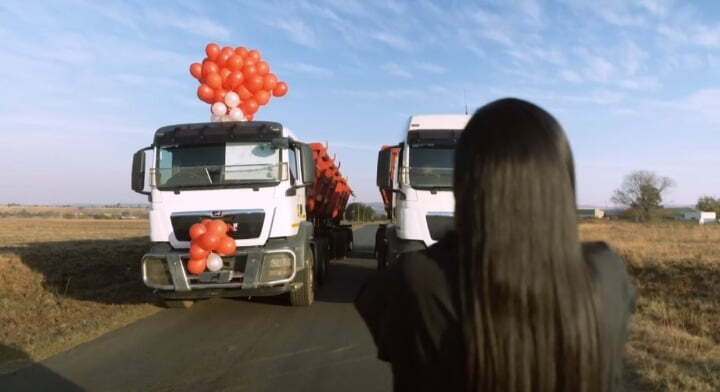 Man surprises her wife with a MAN truck as birthday gift

Actress Phuti Khomo could not hold back her tears when her man showered her with a MAN truck for her birthday gift.

In a video shared on Instagram, the former Muvhango actress was driven out to an unknown location wearing a blindfold.

When Phuti reached the location she was confused as the truck she owns was parked there.

Dawned with orange balloons, the truck pulls up next to hers, and it was revealed her man had surprised her with a new truck for her business.

“To have someone love you enough to support you in every way, including your dreams, is very rare. I honestly never thought he would actually do it. He knew I needed another truck, and I kept asking for one of his, to which he kept saying, ‘Maybe God will bless you one day’. Little did I know God was already working in my favour as I was asking,” she said of the moment.

Phuti went on to thank everyone involved in making the surprise so memorable.

“Thank you baby, you genuinely have my best interests at heart. I love you for that. You have my heart,” she said.

Watch the heart melting video below: