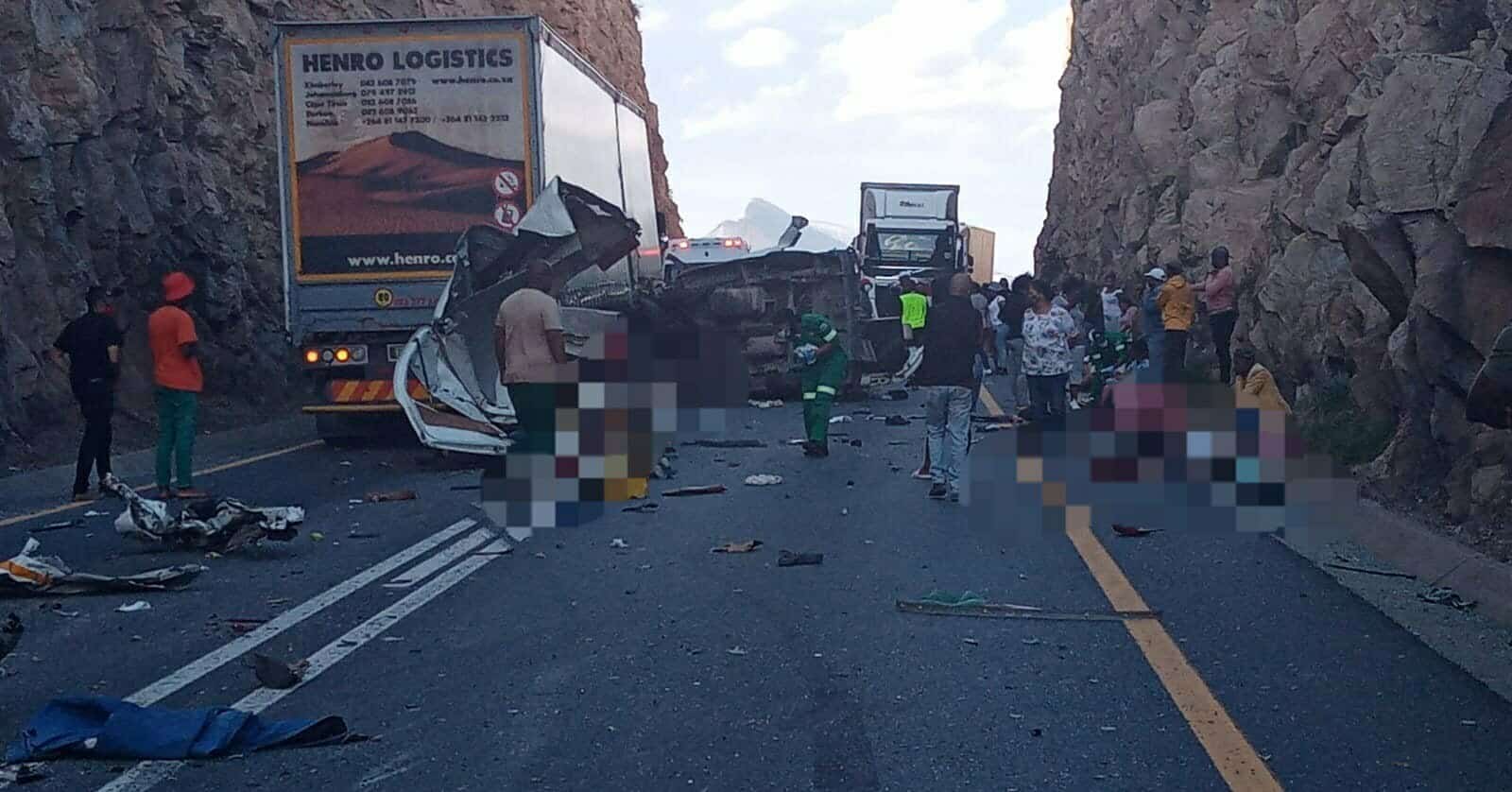 Emergency services are at the scene of a horrific crash on N1 near De Doorns where a truck has collide head-on with a truck.

The accident happened just before De Doorns from Worcester side.

SA Truckers at the scene have described the horrific scene where the truck allegedly tore the minibus taxi into pieces leaving several people dead.

It is alleged that the minibus taxi overtook at a blind rise and on double solid lines causing the fatal crash, however authorities have not yet confirmed this.

Read also: Bad Luck Strikes Twice As Broken Down Truck On Tow, Crash Together With The Tow Truck

The N1 is closed on both directions as authorities attend to the injured.

This is a developing story.
Read update here