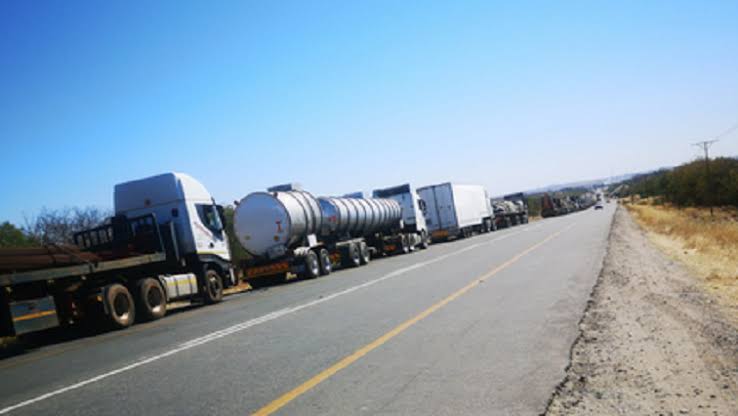 A staggering R1.3 billion in lost revenue – that’s what delays on the Maputo Corridor have cost cross-border trucking companies so far this year.

In a statement issued by the South African Association of Freight Forwarders (SAAFF) and the Minerals Council South Africa, government is called on to take urgent steps to address severe congestion at the Lebombo/Ressano Garcia border post east of Komatipoort.

“This comes in the wake of extremely long delays in border-crossing times, with waits of more than three days in recent weeks, exacerbating a crisis that has been ongoing since the beginning of August 2021.”

The greatest challenge is the lack of 24-hour operations, resulting in crossing times increasing from an average of one hour to more than 20 hours since 2019, the statement says.

“Covid restrictions exacerbate the situation and vaccination certificates expire while they wait in the queues.

“Transporters confirm that border crossing times are the worst they have experienced in 15 years.

“The queue of trucks between Komatipoort and Lebombo is frequently between 7km and 15km long. This has serious humanitarian consequences, as drivers sit in their trucks for hours at a time when temperatures are above 40 degrees Celsius – without access to food, water or ablution facilities.

“Transport companies carrying cargo in transit from South Africa to Maputo harbour estimate the border delays have resulted in more than R1.3 billion of lost revenue for the year to date.”

Issues on the corridor are nothing new and predate Covid-related challenges. Barbara Mommen, who headed up the Maputo Corridor Logistics Initiative, decided to pack it in after years of public sector inaction.

Unsurprisingly, executives dedicated to facilitating trade between South Africa and the Port of Maputo, are still jaded by how the corridor crossing is simply not working as it should.

Says Juanita Maree, CEO of SAAFF: “Both the mining and transport sectors are losing confidence in the ability of the public sector to support trade on this strategic corridor.

“These delays are resulting in a loss of business and they are threatening the stability and sustainability of trade, transport, employment and job creation in South Africa.

“Efficient corridors have a significant impact on the competitiveness of local business and regional economies because they provide a measure of predictability, reliability and efficiency central to trade and logistics supply chains – which is key to providing access to markets.”

For bulk exporters like chrome and coal miners, the high level of crime on the railway linking their operations to Richards Bay has severely disrupted Transnet Freight Rail’s ability to provide a reliable service.

The poor performance at Transnet’s Richards Bay port operations has also pushed bulk exporters to use Maputo as an alternative export channel to retain their customers.FreightNews