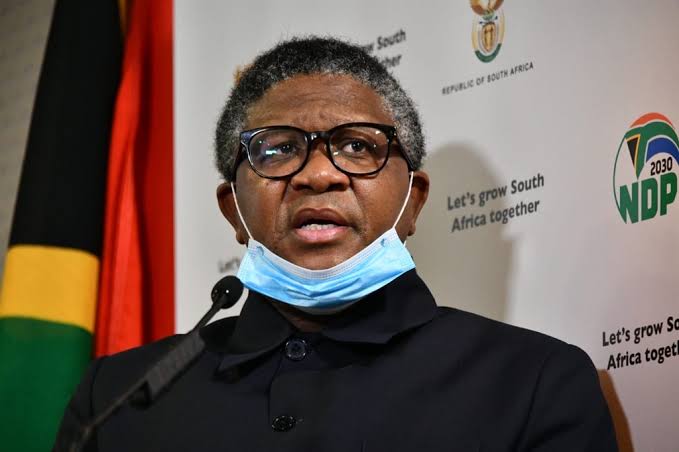 Minister of Transport, Fikile Mbalula has outlined a four-point plan which will be implemented in response to demands by local truck drivers during the recently ended strike.

Mbalula said the truck drivers made demands ranging from their conditions of service, employment of foreign nationals and issues relating to professional driving permits.

“The issue of employment of foreign nationals featured strongly in their demands,” said Mbalula.

“President Ramaphosa has mandated an Inter-Ministerial Committee, led by the Minister of Employment and Labour, Mr Thulas Nxesi to address the matters raised by the truck drivers and small truck operators. This IMC has been hard at work in addressing these issues, with a number of consultations with stakeholders.”

“In tackling these challenges, we are mindful of the economic impact of any disruption to the supply chains, freight logistics across the country and the SADC region. We have therefore made a firm commitment to address these matters in a manner that ensures sustainability of our interventions,” he added.

Mbalula admitted that some of the interventions would require a longer runway as these may require legislative amendments.

“We have equally taken note of the allegation that the employers take advantage of the lack of clarity in our regulations insofar as this relates to foreign nationals making use of Professional Driving Permits issued in their respective countries to drive in South Africa.”

“We also took note of a similar blockade on the N3 near Montrose in the Free State yesterday, with similar demands to those we addressed in the Eastern Cape.”

While long-term interventions are being put in place, we have committed to the following actions to arrest the illegal conduct:

Mbalula thanked the drivers for the peaceful manner in which they conducted their protests.

“We have invited their leaders to sit around the table for them to have a better appreciation of the measures we are putting in place in addressing their demands.”

“We are committed to ensuring that the interventions, which also similarly affect other sectors, will be given the necessary impetus within the confines of the law,” he concluded.

Police in Mahikeng impounded three trucks, which were allegedly carrying dismantled airplane…
#VulaPresident – Dj Tira, Zakwe, and many other Durban artists have blocked…