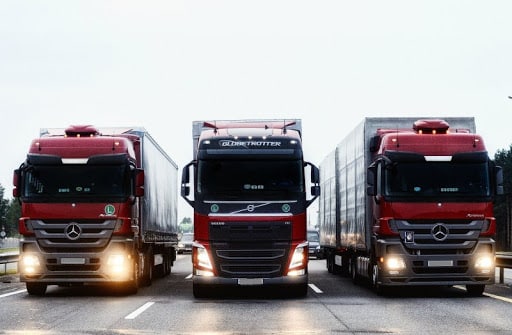 Mercedes Benz and Volvo truck makers Daimler AG and Volvo Group posted unexpected profits, and European car sales rose for the first time this year, in a tentative sign that the pandemic gloom is lifting for the auto industry.

After coronavirus lockdowns in the second quarter, roads are filling up again with trucks, and cars are in demand as a safe mode of transport. While that’s fueling optimism, it will be a struggle to maintain the momentum as a record surge in infections increases the risk of tighter restrictions on movement.

“The question is whether sales and higher margins can be sustained,” Ben Uglow, an analyst with Morgan Stanley, said in a note. “We think positioning is a little optimistic on this.”

The profit gains were helped by deep cost-cutting. Both Daimler and Volvo benefited from a slew of job cuts as they brace for a challenging coming month as the pandemic crisis hits in the midst of the costly transition to electric vehicles.

“This could be the start of a great comeback, a real V-shaped recovery,” said Juergen Pieper, an analyst at Bankhaus Metzler. “There’s some cautiousness on the fourth quarter and the obvious corona uncertainties.”

Daimler shares climbed as much as 5.5 percent, leading a rally that lifted the Stoxx Europe 600 Automobiles & Parts Index by as much as 3.1 percent. Volvo rose as much as 4 percent before paring gains.

Adding to the good news for a sector still struggling to recover, European cars sales unexpectedly rose 1.1 percent in September, the region’s main car-lobby said Friday. Higher demand in Germany and Italy helped offset declines in France and Spain, according to the European Automobile Manufacturers’ Association.

That followed positive signs in other major markets. Car sales in China saw their third monthly increase in September, and US vehicle demand bounced back last month, leading to analysts calling the result a “blowout.”

Still, it will be tough to continue the gains in Europe as restrictions tighten across the continent, unsettling consumers. Starting this weekend, Londoners will be banned from mixing with other households, and residents of Paris and other major French cities will be confined to their homes at night for four weeks.

“We’d argue consumers don’t share automakers’ revival hopes,” Michael Dean, a Bloomberg Intelligence analyst, said in a note ahead of the industry’s sales report. He expects annual deliveries to decline at least 20 percent and sees risk that the drop will be worse because of pandemic-related curbs on the economy. BLOOMBERG

Applications for large scale retrenchment mount at the CCMA

Transnet to begin handling and transporting non-essential cargo during lockdown