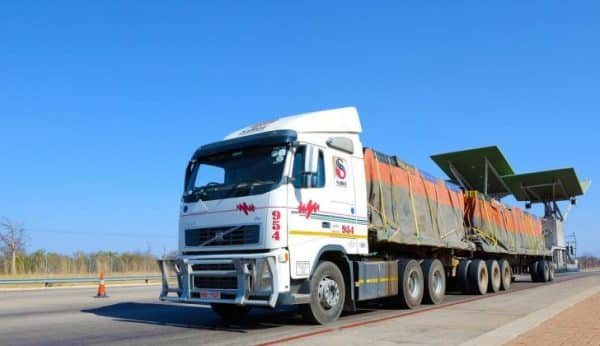 The search for a missing cross border trucker has come to a heartbreaking end after his body was found hanging from a tree in Congo.

Locals stumbled upon the body of the trucker, identified as Charles Nyasha Mudzinganyama, in a bush not far from where he went missing.

His body was at a very advanced stage of decomposition when the remains where found.

Mudzinganyama was a Zimbabwean truck driver working for SABOT, he went missing around the area that borders Angola and Congo Brazzaville about 3 months ago.

Mudzinganyama is said to have disappeared after leaving his colleagues resting in preparation of their journey to DRC.

“Mr. Mudzinganyama, was part of a convoy of 12 trucks that left Harare on 15 July 2019 and arrived at Busaga, DRC, on the same day. It is said that he left all his particulars and money in the truck on the assumption that he was to relive himself but never came back,” Zimbabwean Foreign Affairs and International Trade Ministry spokesperson Shepherd Gwenzi said at the time.

An alarm was raised after he did not come back causing a panic among Mudzinganyama’s colleagues.

It was feared, at the time of his disappearance, that he could have been abducted as the area has had many such cases reported.

Authorities are investigating the unfortunate death of the trucker.

Warning: Some people may find the below content upsetting.