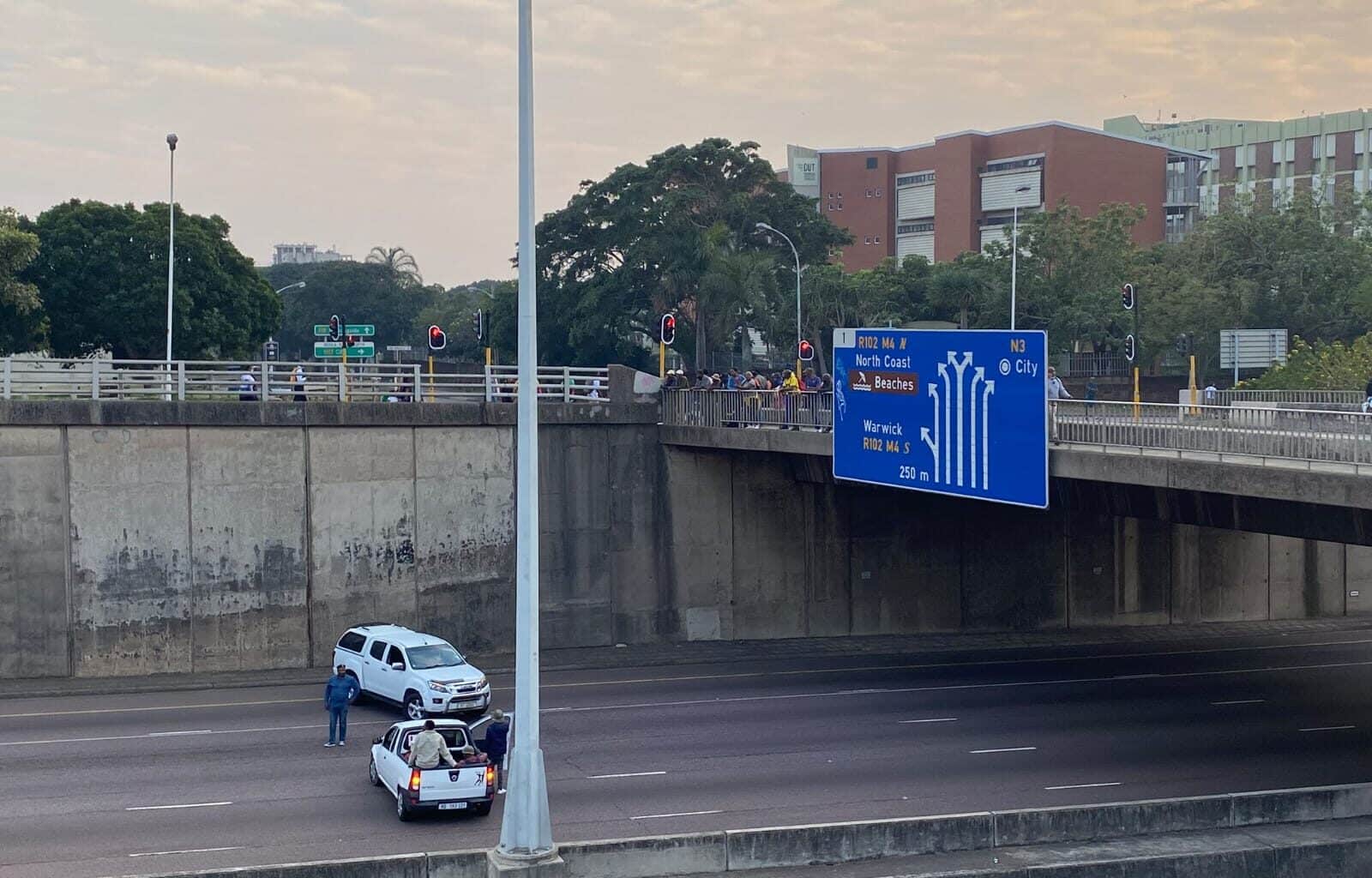 MK Veterans protest brings parts of Durban to a standstill

Mkhonto Wesizwe Military Veterans have blocked several highways in and out of Durban including the N3 both carriageways from early Friday morning. The MK veterans are protesting against what they are calling ANC’s betrayal over their welfare since the dawn of democracy.

The military veterans blockaded road on the Warwick Triangle – the main transport hub for Durban residents – they marched on the busy King Dinizulu (Berea) Road and disrupted early morning traffic.

Police, however, removed the group from the roads and opened it up to traffic, Durban Metro Police spokesman, Superintendent Parboo Sewpersad said.

He said that the military veterans had broken off into small groups and were protesting mainly in the city centre.

“Police are monitoring them. After removing them from the roads early this morning, they are gathering in the CBD and intend to march to the ANC provincial offices in Commercial Road,” Sewpersad said.

Earlier this week, several voice notes circulated on social media purportedly from members of MK who threatened protests around the province.

KwaZulu-Natal police said deployments were in place to deal with such protests and will be beefed up along the identified routes and locations.

“Several SAPS Units will be working jointly with the Durban Metropolitan Police, Road Traffic Inspectorate and other role-players. We will not be negotiating with anybody who blocks our roads and such individuals will be dealt with in terms of the law,” police spokesman, Brigadier Jay Naicker said.

The KwaZulu-Natal Provincial Commissioner, Major General Thulani Gonya has tasked police officers to deal with criminality decisively. “We will be enforcing the laws of this country and anybody found in contravention would be arrested. We will ensure that the disaster management regulations are also complied with in terms of prohibited gatherings as well as numbers in terms of those gatherings that will be permitted,” he said.

Last month members of Mkhonto Wesizwe Military Veterans Association (MKMVA) have threatened to march to Union Buildings to stage a hunger strike until they get the attention of President Cyril Ramaphosa.

The threat of the hunger strike was one of the several resolutions taken during a meeting of the disgruntled members held in KwaMashu, north of Durban on late in August.

Speaking to Independent Media in August, the spokesperson of the disgruntled group, Lwazi Mzobe said they feel betrayed and neglected by the government of the ruling party as most of them are struggling to make ends meet.

He said the commission should not only look at their welfare at the present moment but also look at their plight from 1990 when they returned to the country after being away for years.

Johannesburg – More than 70 stolen television sets have been seized by…

Durban – A section of the N3 freeway will be closed for…