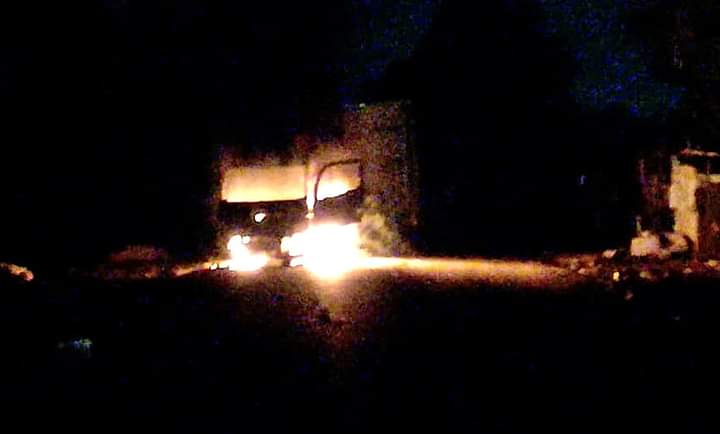 You don’t have to be a SAPS Brigadier to realise that when one truck attack happens, a few more may follow. Recent history has taught us that.

If police inaction continues, as exhibited by Springs SAPS, we may just have to live with this economic sabotage of note.

One wonders what the government needs to see before properly addressing the issue of truck attacks.

On Friday night, one truck was attacked on the N12 freeway around 21h30 according to a statement by Springs SAPS station Commander Brigadier Thembeka Gwebushe.

Another two trucks were attacked within the same vicinity and just two hours apart, using the same modus operandi and noone has been apprehended neither does the police have a clue of who the attackers are.

It is common knowledge that when an area becomes a hotspot for specific crimes, SAPS introduces more patrols to monitor it. This is done to either apprehend the suspects or to stop the crimes and reassure the public that they can trust you as their protector.

You don’t even need to a police Brigadier to figure this out.

If the crimes continue with the police not picking up any intelligence or arresting suspects then they have dismally failed to perform their duty.

The police statement suggest that they only arrived on the second scene after the suspects had already fled which means they were nowhere close.

The first attack should have raised a very loud alarm even to a sleeping brigadier that more attacks were imminent and action needed to be taken urgently.

I generally respect and appreciate the work SAPS do to protect the public but these truck attacks have exposed some degree of imcompetence in the organisation which needs to be addressed urgently before more lives are lost and the economy brought to a standstill.

The first attack occurred at about 21:30 on N12 near the Etwatwa off ramp which is the one that was driving towards the Emalahleni direction.

[sic]The complainent alleged that while driving he noticed that there is a person who is setting fire in the middle of the road, he then slowed down to be show what was happening he then realised that there are other people coming and firing shots towards the truck.

He then got off the truck and ran away and manage to call for help.

Two hours later at 23:30 police were alerted that there is another attack for the other two trucks near Springs off ramp, the two were driving toward Benoni.

The two complainent also managed to get off and run away, they watched the trucks burning from a distance.