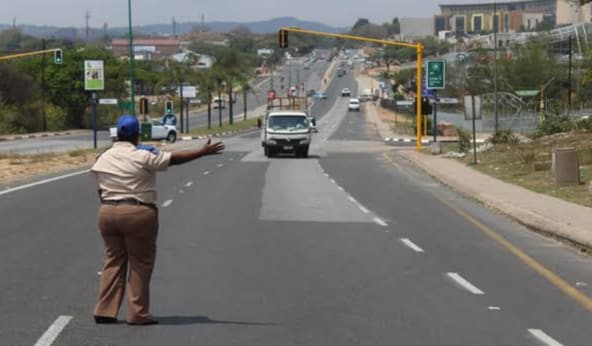 Four traffic officers and two SAPS members have been arrested in Mpumalanga for allegedly taking bribes from motorists over the festive season.

The officers were arrested in Komatipoort, KwaMhlanga, and Middelburg on Friday as part of an anti-corruption drive conducted by the National Anti-Corruption Unit of the Road Traffic Management Corporation in Mpumalanga.

“Three of them – a female and two males aged 42, 37 and 34, appeared at the Komatipoort Magistrate’s Court and were granted bail.

“The others are expected to appear at the Middelburg Magistrate’s Court on Monday,” said RTMC spokesman Simon Zwane.

“The arrests followed investigations conducted by the National Traffic Anti-Corruption Unit and the Hawks in which officers who were taking bribes on the road during the 2018/19 festive season were identified.

“It is alleged that the officers took bribes from motorists travelling on different routes including the N4 and R40 in December 2018 and January 2019,” Zwane said.

He said the two routes had been identified as the top hazardous routes in the country, recording a high number of fatal crashes. Mpumalanga recorded 172 road fatalities during the 2018/19 festive period.

“The two routes are also notorious for violations of traffic laws including overloaded of trailers, unroadworthy vehicles, unlicensed drivers and speeding.

“The arrests will send a message to other law enforcement officers to desist from illegal activities when deployed on the road. Society demands that there be no zero tolerance for fraud and corruption and the anti-corruption agencies have to act without fear or favour,” Zwane said.