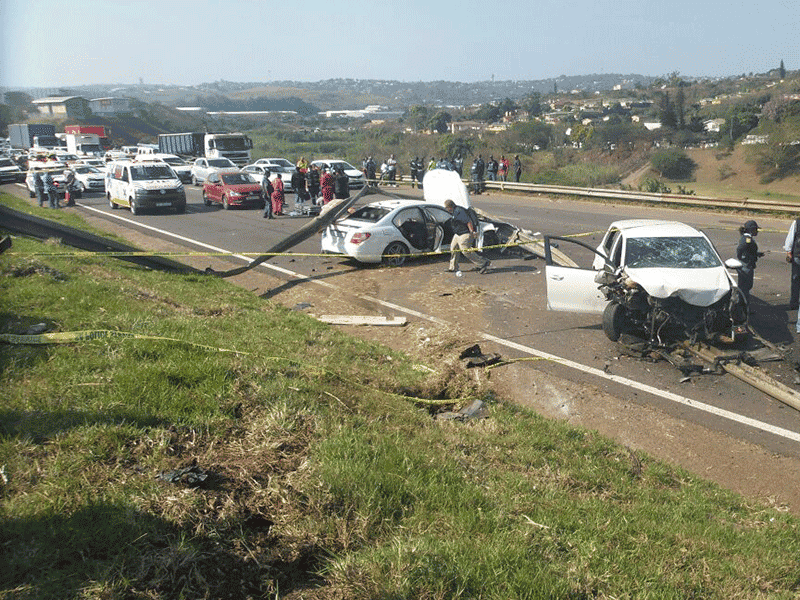 Police are on the scene on the N2 near Queen Nandi Drive where two people have been killed in a shootout.

This resulted in a head-on collision on the Southbound carriageway. The highway has been closed to traffic in both directions this afternoon.

There are major traffic delays in both directions – motorists are being advised to use the M25 as an alternative route.

Marshall Security’s Kyle van Reenen says a police vehicle had been chasing the suspects – who were headed north.

“Armed suspects exchanged fire with the members of the police service. During the shootout, the suspect tried to ram the police vehicle off the road. Two suspects are deceased on scene,” he says.

There are multiple injuries reported.