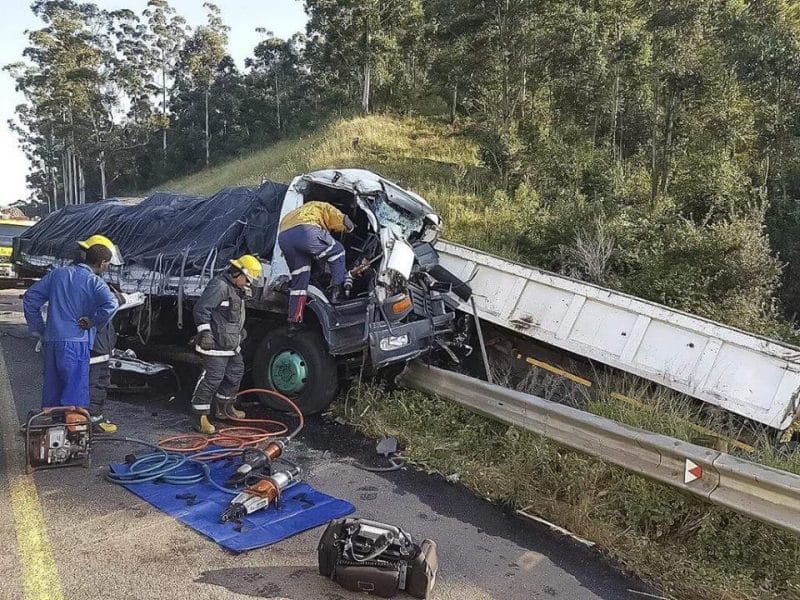 Durban- Two people died and one was injured in a collision between two trucks on the N3 near the Marianhill toll plaza yesterday.
The horrific scene manifested a painful death for the two. A man and a woman were trapped in the wreckage of the rear truck. Jaws of life had to be used to rescue both . Tragically, both died on the scene due to the extensive injuries they sustained. The driver however miraculously escaped with minor injuries.
Paramedics treated the driver at the scene before he was transported to a nearby hospital for the care that he required.