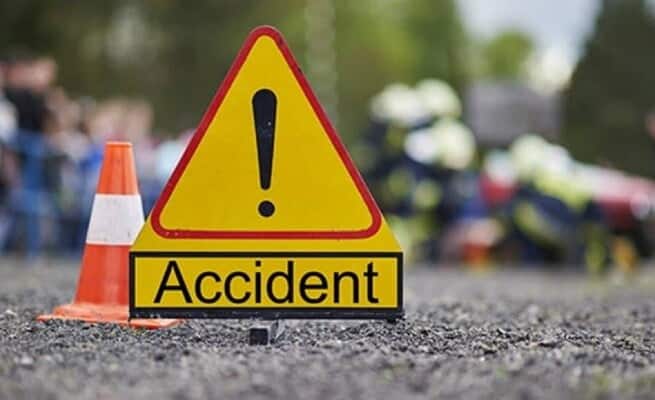 Mystery surrounds the whereabouts of a truck accident victim’s private parts in Zimbabwe. The man died when the truck he was travelling in lost control and crashed on Sunday.

A total of seven people died on the spot in the truck crash at Hauna Growth Point in Honde Valley, reports the Manica Post.

Relatives of one of the victims are not only grappling with the anguish of the bereavement, but also having to bury their loved one without his privates.

No-one is giving a satisfactory explanation on what happened to the privates.

Seven people died on the spot when the driver of a Harare-bound haulage truck ferrying bananas to the market lost control at a curve on a steep slope a few metres from Hauna Growth Point in Honde Valley.

Of the 13 people who were injured, five of them were in critical condition and were transferred to Victoria Chitepo Provincial Hospital in Mutare.

“The driver of the haulage truck lost control of the vehicle as he negotiated the first curve from Hauna Growth Point along Selbourne-Aberfoyle Road. Preliminary investigations indicate that he was speeding,” said Inspector Tandare.

However, it is 26-year-old Abel Rutope’s relatives who will certainly bear more anguish after failing to get an explanation on their relative’s missing private parts.

Rutope’s sister, Ms Annia Chingosi of Buwu Village who was visibly distraught, told The Weekender that they were still to come to terms to what could have happened to her brother.

She said although they were not pointing fingers at anyone for the missing body parts, they feel there are more questions than answers to their plight.

“Rutope is my bother and when we went to the hospital after being informed that he was among those who perished in this accident, we were shown his body.

“The medical personnel at the hospital uncovered his body for us to positively identify him as well as see the injuries he had sustained. They also pointed out that they did not understand why his privates were missing. The advised us to visit the accident scene to search for the privates and that is the reason why we are here.

“We really cannot point a finger at anyone now, but we cannot rule out foul play. How can his privates disappear like that?

“When we inspected his remains, his pair of trousers and undergarment were pulled down to knee level. This is painful as we might be forced to bury him without the privates,” she said.

A follow-up at the hospital revealed that indeed the private parts were missing with no clue of their whereabouts.

“We just received the bodies as they were and we hope they will be able to retrieve the privates from the accident scene,” said a nurse at Hauna Hospital who declined to be named citing protocol.

Survivors of the accident also confirmed that the driver was speeding and failed to control the truck as they approached the curve.

Ms Memory Mombemombe said: “The driver was speeding. Everything happened in a flash. The next thing was finding ourselves under a heap of sacks with bananas. It seems the driver failed to control the truck at the curve because of the speed. We screamed for help and passersby and local villagers came to our rescue.”