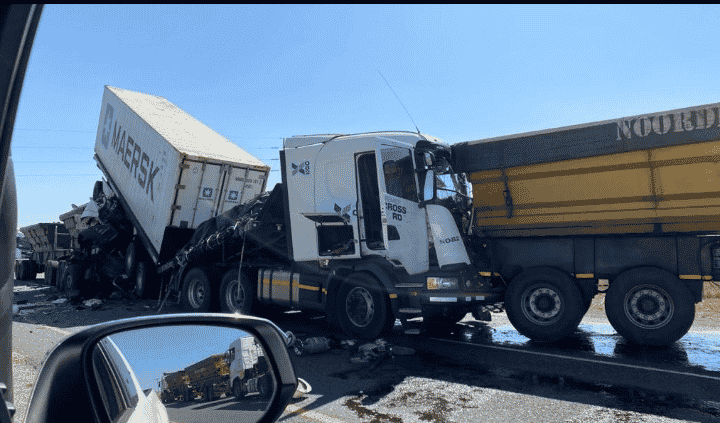 The four truck pile-up accident on N10 between Cradock and Cookhouse on Thursday morning killed three people authorities have reported.

Initial reports put the death toll at two. Both victims were in the last truck on the pile-up. The truck smashed into the back of a trailer and forced itself under mysteriously lifting the trailer.

As authorities continued to clear the scene, a third body was discovered inside the truck.

The body was retrieved from the same truck where the first two bodies were discovered.

The road remains closed to traffic as recovery personnel try to clear the wreckage.

All the involved trucks were travelling from Cradock direction towards Port Elizabeth when the accident happened.

It is alleged a truck in front of three others may have slowed down or hit breaks which resulted in the pile up.​

The actual cause of the accident is under investigation, but speeding and failure to maintain a safe following distance have been cited as main contributing factors for the accident.