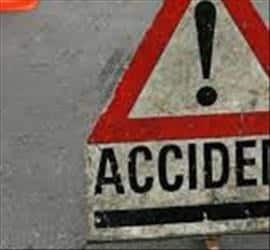 The N3 before the Lions River turn off, northbound, is still closed due to two collisions involving five trucks in total earlier this morning.
ER24 paramedics as well as various other services including EMRS and Fire and Rescue attended to the incident.
It is understood that a truck travelling southbound lost control, went over the centre median and tipped in the northbound lanes.

A truck that was travelling northbound then apparently lost control and jackknifed leaving the driver trapped in the cab between his own container being transported and the other truck’s container.

The driver of the jackknifed truck had to be extricated. He was in a critical condition. The other truck driver sustained minor injuries. They were treated and transported to hospital for further medical care.

A secondary incident involving three trucks occurred about 200m away.

Fortunately there were no injuries.
The exact cause of these incidents is unknown.

Authorities were on scene for further investigations.
More info to follow…