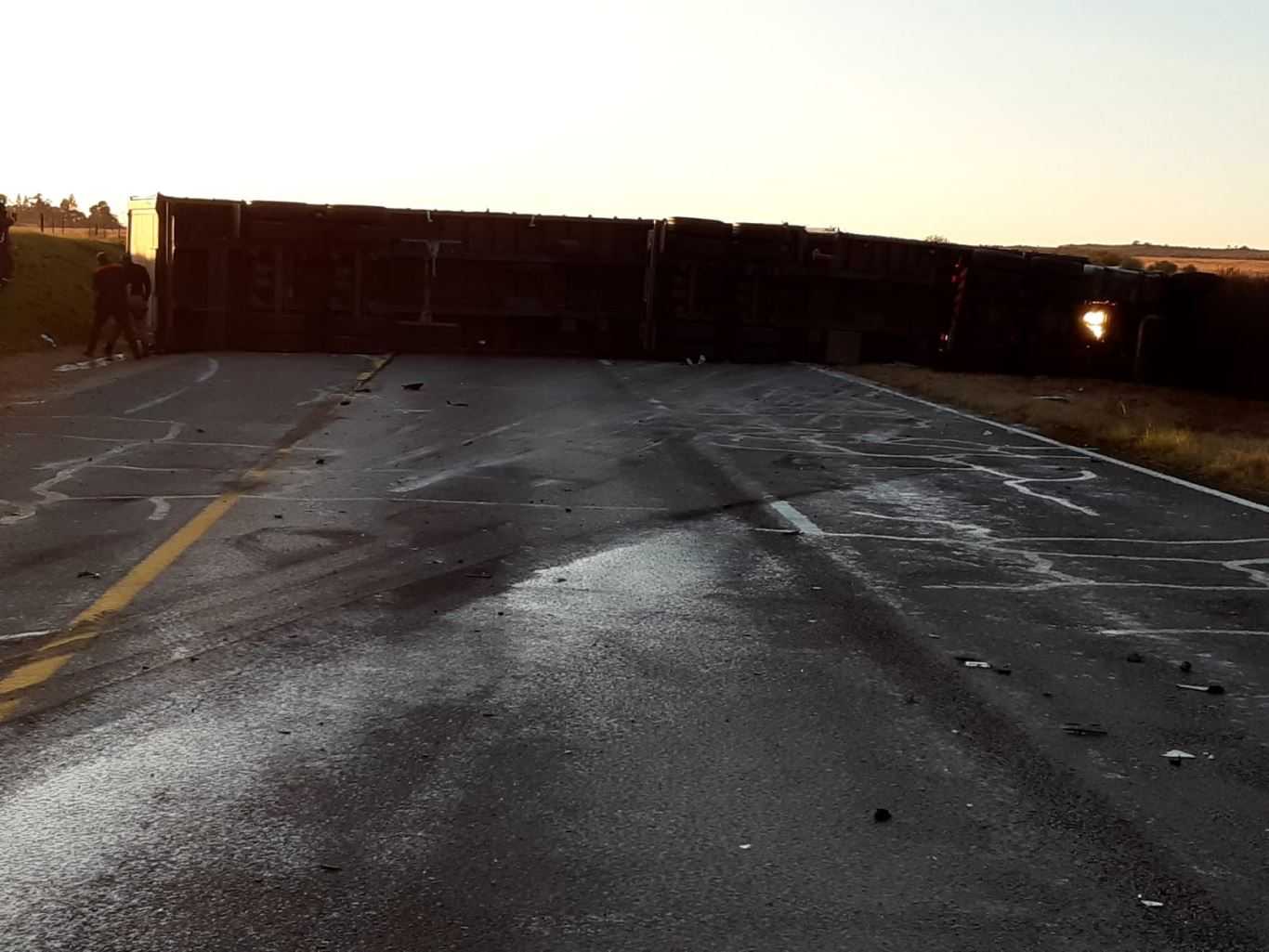 Two men were left critically injured on Saturday morning when a car and truck collided on the N3 before the Heidelburg offramp in Heidelberg.

ER24 paramedics, along with other services, arrived on the scene at 04h55 to find a large truck lying across the entire road while a light motor vehicle was found on the side of the road.

Both the truck and car drivers were found trapped inside their vehicles critically injured.

Rescue services had to use specialised tools to free both men from their vehicles. Once freed, paramedics treated the patients and provided them with advanced life support interventions.

Once treated, one man was airlifted by a private medical helicopter while the second man was transported by ambulance.

Johannesburg – Two people were killed and 15 others injured after three…