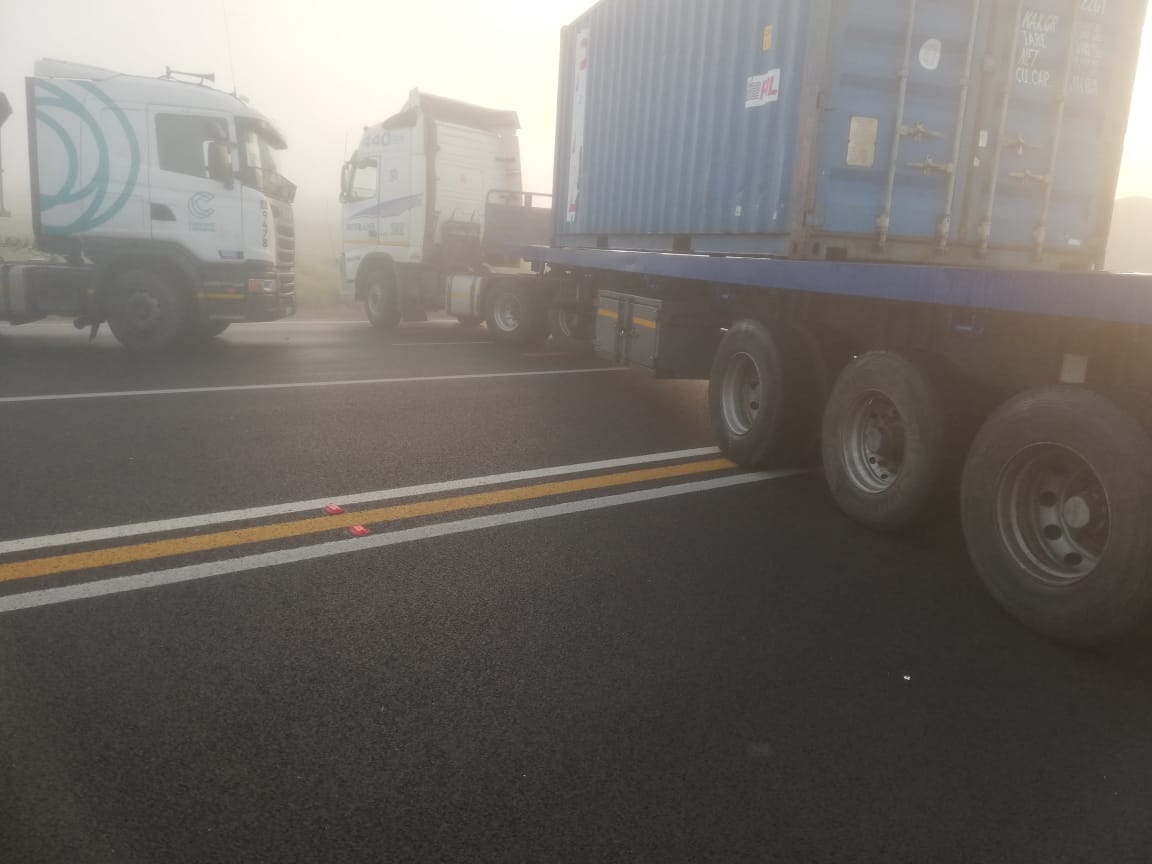 The N3 is partially open in the vicinity of Montrose after several striking truck drivers were arrested this evening, the N3 Toll Concession (N3TC) has reported.

Truck drivers blocked the N3 national highway demanding the government to act on the employment of foreign nationals which they say is taking away opportunities for local drivers.

“Following the total closure of the N3 Toll Route by trucks in the vicinity of Montrose since shortly before midnight last night, the SAPS (with the support of emergency towing services) has begun to remove the stationary vehicles that have been blockading the road,” read a statement by the N3TC.

N3TC said that SAPS advised that they had made several arrests.

“A single lane has been reopened to northbound traffic travelling towards Gauteng, and similarly, one lane on the southbound carriageway is expected to be reopened shortly.”

Resolution Of Blockade Of N9/N10 Between Middleburg EC And Noupoort

The striking truck drivers who were blocking the N10 in Middelburg agreed to reopen their blockade after meeting Minister of Transport, Mr Fikile Mbalula, alongside his counterpart, Minister of Employment and Labour, Mr Thulas Nxesi, the EC MEC for Transport and Community Safety, Ms Weziwe Tikana-Gxothiwe and the Mayor of Inxuba Yethemba Municipality, Ms Noncedo Zonke.

The Ministers accepted the memorandum of demands, which entails legitimate demands that affect workers in the sector negatively.

The officials met with the protesting truck drivers and small truck operators who had blockaded the N9 and the N10 highways outside Middleburg EC on 25 October 2021.

The engagements with the protesting drivers and operators acknowledged that the employment of foreign nationals affects job opportunities for the citizens of South Africa and that all the parties, being government, truck drivers and small truck operators are committed to a lasting solution within the ambit of the law.

The following agreement was reached between the government, drivers and small truck operators:

Minister Mbalula thanked the drivers for the peaceful manner they conducted their protest and for honouring the agreement to clear the blockade on the road within the time frame agreed to.

“We are pleased that the road has been cleared to allow free passage of freight on this important artery road which contributes immensely to our economy. We are committed to ensuring that the interventions we had previously agreed to, which affects other sectors similarly, will be given the necessary impetus within the confines of the law,” said Minister Mbalula.