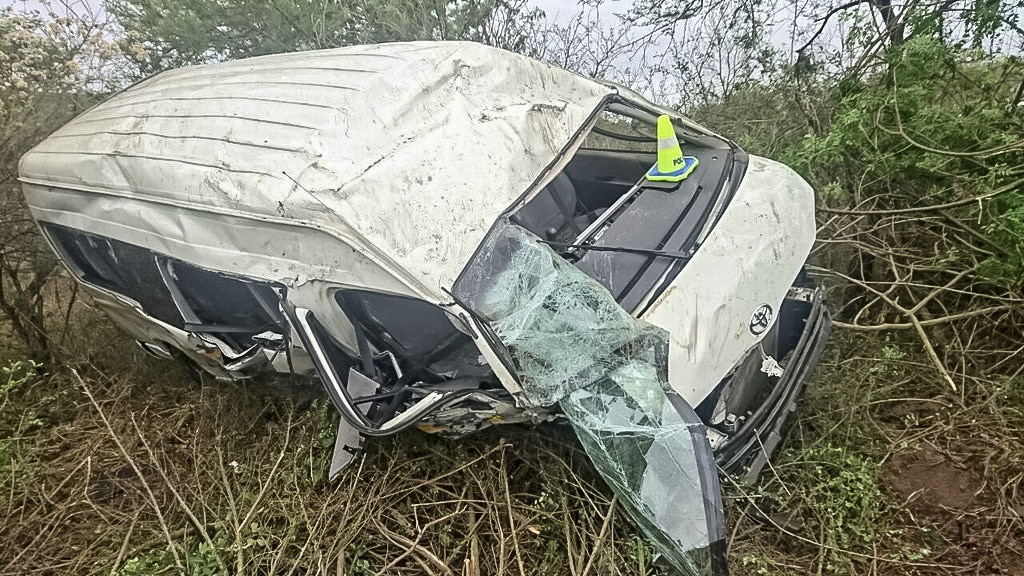 A head on collision between a car and a taxi on Saturday morning killed one and injured 11.

Netcare 911 paramedics the fire department and provincial services responded to a collision along Ka Magugu Road in Nelspruit. Reports from the scene indicate that a car and a taxi collided head-on. Exact detail to the cause of the crash and preceding events is still speculative and will form part of the South African Police investigation.

Paramedics arrived at the scene and found accident debris and the twisted frame of the car obstructing the roadway. The taxi had veered off the roadway its twisted remains coming to rest in the grass along the roadway.

After triaging the injured it was found that the driver of the car died on impact while eleven other people sustained injuries ranging from serious to minor. Medics treated the injured at the scene before they transported them to hospital for the care that they required.