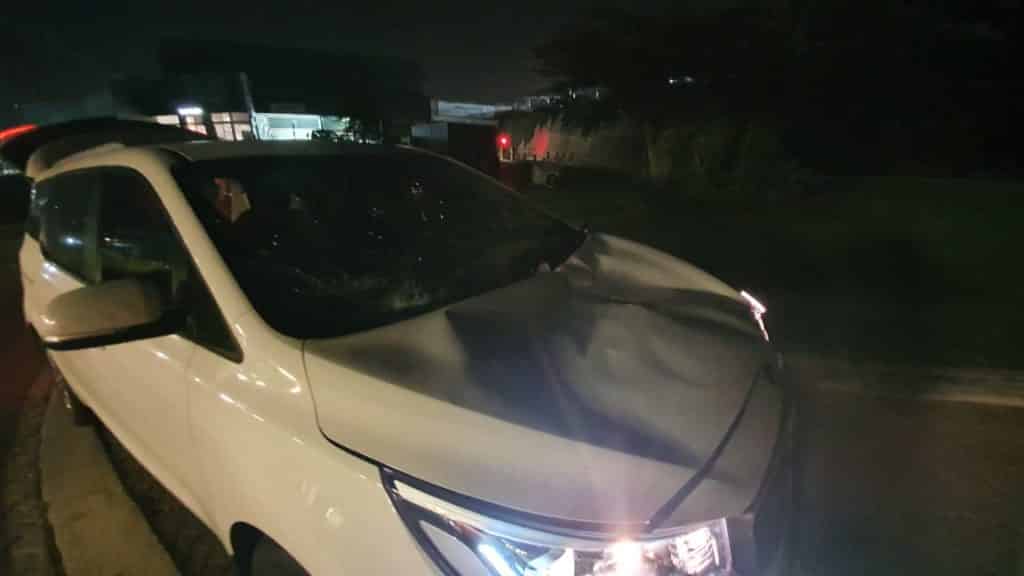 A newlywedded couple on a honeymoon tour of the country will not forget their trip for wrong reasons after they became victims of a rock throwing attack on N1 near Grasmere tollgate.

They were travelling on the N1 heading north last week when the unexpected happened, rocks were thrown from all sides after they passed a bridge.

Travelling with them was their friend Brendyn Lotz, he narrated the horrific ordeal.

“It took me a while to register what was happening. I saw my friend who was driving looking back with sheer terror.

“I’ve grown up around crime, I was robbed at some point in my life but I’ve never felt like I was in actual danger like this,” Lotz said.

The trio was about 19km from the Grasmere toll plaza when they came under attack by the rock-throwers.

The rocks damaged the car, hitting the bonnet, windscreen, radiator and a front tyre.

“All the lights came on and we wondered what was happening. We continued to drive for a few kilometres even though the car was moving slowly,” he said.

Lotz said fellow motorists helped them and so did the police.

“There was another car we saw on the side of the road, which had suffered the same fate. It could’ve have been worse.

“We have reported the incident as an accident,” he said.

The newlyweds are continuing their honeymoon.

“We had been on a road trip across the country. We had such a beautiful time. It sucks but I won’t let this taint those memories,” said Lotz.