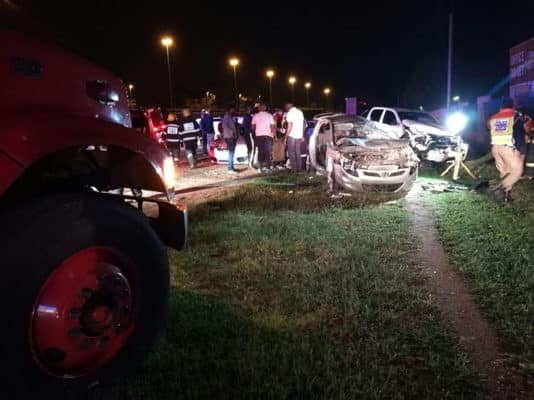 A drunk driver who crashed into a roadblock killing two Johannesburg Metro police officials has been slapped with a suspended sentence much to the dismay of the families of the deceased.

Colleagues of the deceased police officers and their families are not satisfied with the sentencing handed down at the Alexandra magistrate’s court on Monday.

Albert Gerhardes Pretorius was sentenced to six years’ imprisonment for two counts of culpable homicide, which is wholly suspended for five years on condition that he is not convicted of culpable homicide involving a motor vehicle during the period of suspension.

On the count of driving under the influence of alcohol, he was given an option to pay a R10,000 fine or serve one year in prison.

In an affidavit presented to court in February last year, Pretorius said he had consumed three drinks and had been on prescribed medication when the incident took place.

Winnie Mokgolo, 35, and Sophie Ngoasheng, 45, were killed when Pretorius’s white Toyota Hilux bakkie lost control and rammed into the roadblock mounted by the JMPD near Montecasino, in the north of Johannesburg, on January 29 2018.

The victims’ families are not happy with the sentence.

“His [driving] licence is not even revoked. My sister was essentially worth R10,000 – or maybe because she was black she gets to be treated like this?” said Mokgolo’s sister June, 32.

“The court is telling us that the man has to look after his pensioner wife, but who is looking after my sister’s three kids? Do they not deserve justice?”

Mokgolo said she was more than disappointed at the sentencing because “my sister died while enforcing the same laws that the court let people break. We have been attending the case for two years, and this is what we get? Clearly people with money don’t get to go to jail.”

JMPD officer Patricia Nukeri, 47, said she was handing a motorist a speeding fine ticket when Pretorius came out of nowhere and changed her life “forever”.

She was treated for a broken collarbone, a broken right leg and a punctured lung after the accident.

“I have been on medical leave for over a year. My life will never be the same. I can’t even cook, clean or do things I normally did for myself. I can’t bend my knees or stand for long. I’m not the same,” she said.

Nukeri wept uncontrollably after the sentencing.

“Just because he [Pretorius] was crying every time he appeared doesn’t mean he is sorry. I am so mad at him for doing this to me – and now getting away with it,” she said.

“I can’t forget how I was doing my work and the next thing I’m in a hospital. Three days later I’m told my friends have died and I didn’t even get to bury them. I can’t explain my continuous trauma. I’m not happy.”

She said her career had been set back. “I now do administration work. This is not the plan I had for my life or work. This means I have slim chances of getting a promotion.”

Magistrate Gideon Schneitler said although the accused was recorded to have been drunk, he was satisfied that he showed remorse.

Pretorius spent three months behind bars after he was initially denied bail. He was later granted bail of R10,000.

JMPD spokesperson Wayne Minnaar said the police were not satisfied with the sentencing, adding that they have applied for an appeal.