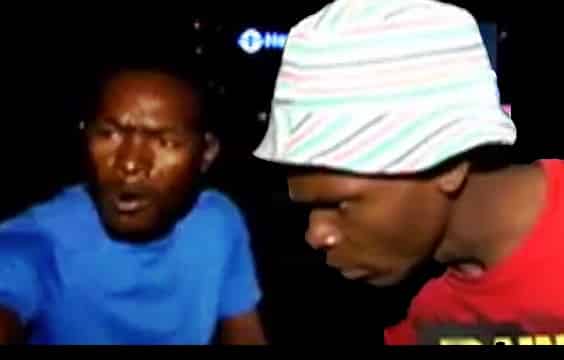 JOHANNESBURG – Two men accused of robbing SABC journalists on camera in March last year were on Tuesday sentenced to 15 years in prison by the Johannesburg magistrate’s court.

“I can confirm that both accused were each sentenced to 15 years. They will begin their sentences immediately.

“There was overwhelming evidence against these two and that is why they had pleaded guilty,” Louw said.

Louw added that Ndlovu and Ncube had not indicated whether they would apply for leave to appeal their sentences.

The men stole the SABC crew’s valuables, including laptops and cellphones, before fleeing.

Louw said she could not immediately confirm what the status was of the other two accused as they were not at the court on Tuesday.

SABC journalist Chriselda Lewis, who was part of the crew that was mugged, took to social media saying she was delighted over the sentencing and that the incident had been very traumatic.

“Thanks to SAPS for working tirelessly to ensure those thugs are behind bars. 15 years in jail. Do it for other victims too. I almost feel sorry for them but think how I almost threw myself off the bridge to escape. Society doesn’t deserve that rot,” Lewis tweeted.