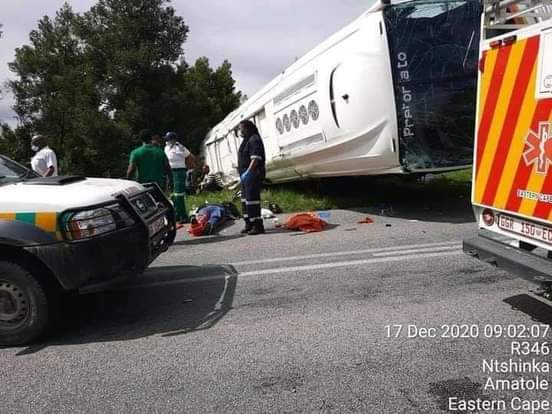 One dead as speeding Intercape Bus overturns in Eastern Cape

EC – One person was killed and 22 others injured when an Intercape bus overturned on the R346 between King William’s Town and Stutterheim on Thursday morning.

The driver of the 65-seater Intercape bus allegedly lost control of the bus and overturned.

It’s alleged that the Speeding Driver was trying to avoid hitting animal which was crossing the Road when he lost control of the Bus.

The bus had left Pretoria in Gauteng Province last night heading to Eastern Cape when the accident happened.

Durban – A man has sadly been killed after his Nissan NP200…