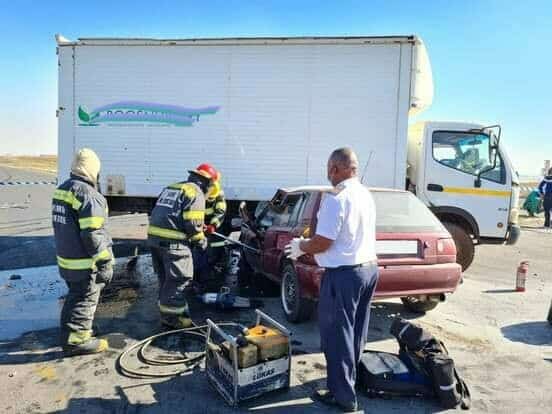 One person has been killed after a truck and a Toyota Tazz collided at the R546/P185 intersection in Evander, Mpumalanga.

The accident occured this afternoon around 15h00 near Walker Park Golf Course.

It is alleged that the truck, which was driving on the P185, failed to stop at the stop sign at R546. It then drove in front of the approaching Toyota Tazz causing the Tazz to crash into the side of the truck.

The driver of the Tazz was fatally injured in the accident and declared dead at the scene.

The passenger suffered multiple injuries and was transported to Evander Hospital.

A case of culpable homicide has been opened at Evander SAPS.

One killed after truck allegedly ignores stop sign and collides with car on R546https://t.co/1FnbqKVhpM pic.twitter.com/yqfjePZbZt