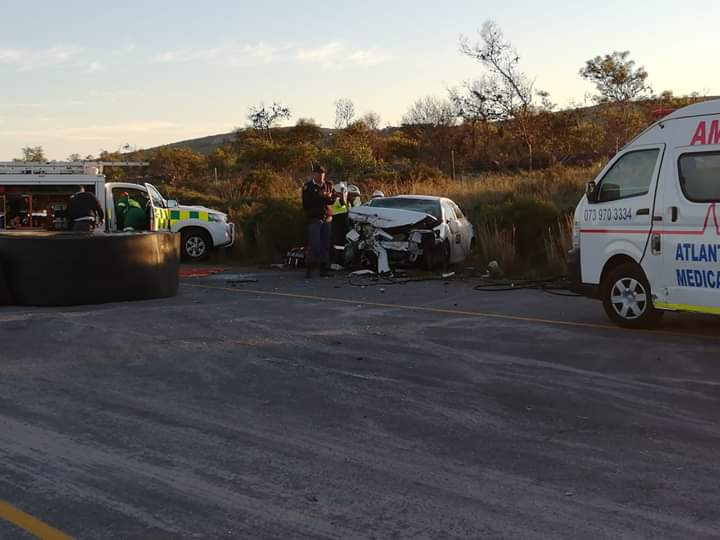 One person has died and another injured in a freak accident between a car and a rubber coil that fell off a truck in the Western Cape.

The fatal crash happened on West Coast road between Grotto Bay and Jakkalsfontein.

Apparently, a rubber coil came loose and fell off one of the trucks and collided with the other vehicles.

A passenger in one of the light motor vehicles died on the scene while the driver was seriously injured and trapped inside the wreckage.