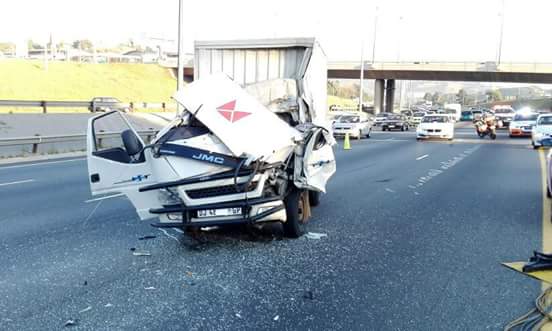 ONE MAN DIES IN TRUCK CRASH

One person has died and the driver of a delivery truck has sustained minor injuries after they collided with another truck on the N1 south near Gordon road, Roodepoort.

The man was declared dead on the scene by a Netcare911 paramedic. The Roodepoort Fire Department assisted paramedics to extricate the deceased passenger from the wreckage. The driver of the truck sustained minor injuries and was transported to a nearby hospital for further medical care.

The occupants of the other truck did not sustain any injuries. Police are investigating the exact cause of the accident.