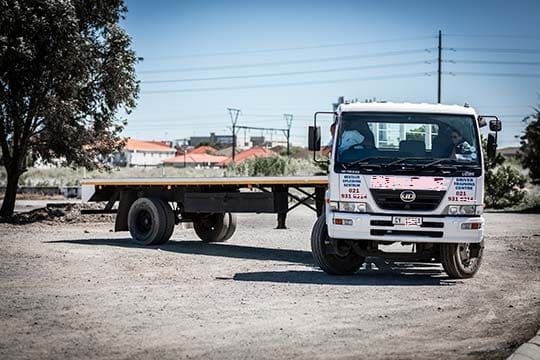 The department of environmental affairs has stopped its initiative to train unemployed youths to obtain codes 10 and 14 licences to increase their chances of employability as drivers in the transport and logistics sectors.

The government forked out R8m but produced only 125 drivers out of 2,290 participants, HeraldLIVE reported.

Department spokesperson Albi Modise said the programme was initiated in the 2018/19 financial year and had run into this 2019/20 financial year.

According to Modise, of the 2,290 participants who enrolled across the nine provinces, 270 already had learner’s licences, and 1,499 were readied for their driver’s licence exam.

“Of those readied for their driver’s licence exam, only 145 [9.7%] have actually taken the exam to date due to difficulties the service provider experienced in securing test dates from the provincial centres,” Modise said.

However, the project abruptly came to a halt when the department cancelled contracts in June last year with two service providers it had appointed to undertake the pilot programme.

“The two companies who won the national tender failed to deliver, and their contracts were terminated.

Now those in possession of learner’s licences are in a panic that their papers will expire before ever taking driving lessons and the test.

Read also: How to get a truck driving job with no experience

Halalisani Ngema, 32, one of the 22 beneficiaries left in the lurch in Newcastle, KwaZulu-Natal, said the situation had left him with no prospects.

Ngema’s learner’s licence, which he obtained in May 2018 through the project, expires in two months.

“This process was supposed to be completed in six months; however, after I received my learner’s there was no further communication.

“I have never even been inside a truck for driving lessons,” he said.

The unemployed father of one said the empowerment project had introduced a glimmer of hope in his life after struggling to find a job for “a long time”.

“I thought my life would change, I wanted to be a truck driver, and this was my ticket out of poverty and hopelessness. However, now I have made peace with the fact that I may have to rewrite the learner’s, and hopefully the department has not forgotten about us,” he said.

Ngema said his hope was that the project would resume and that those responsible for the delays would be held accountable.

“It cannot be that people who are responsible for prolonging unemployment are let go of that easily,” he added.

Modise said the department was in the process of procuring new service providers to complete the project.

Another beneficiary, Sizwe Sithole, 26, whose learner’s also expires in May, said he was frustrated by the prospect of having to begin the process again.

“When this process began I thought by now I would have been employed by now, but unfortunately I am likely to have to do another learners.

“I am desperate because I am unemployed, and the few opportunities that have come my way require a driver’s licence,” he said.

The unemployed father of two said he had approached a potential employer, a local trucking company, to help him acquire a driver’s licence with the hope that they would hire him and he would be able to pay back the money.

“The thing here is the disappointment, because when we were brought into this programme there was hope that we could get a critical skill and we pinned all our hopes on it. Now two years later we are still waiting,” Sithole said.

He said payments made to service providers were for work completed, including days of classroom training for the learner’s licence exam, driving lessons, bookings for both the test and the exams.

The department attributed delays in the resumption of the project to “administrative issues” in terminating one set of contracts and running compliant procurement processes to source others.

“We empathise with the frustrations they have experienced. We want to assure all learners that we have a budget to complete the project, and we will contact them to ensure that those who are still interested in participating are assisted to get their learner’s licence and/or driver’s licences.”

Efforts to contact the two service providers, whose names are known to Times Select, proved unsuccessful.

Durban – Fuel retailers are facing petrol and diesel shortages due to…

Minister of Transport, Fikile Mbalula, has gazetted the new toll tariffs for…