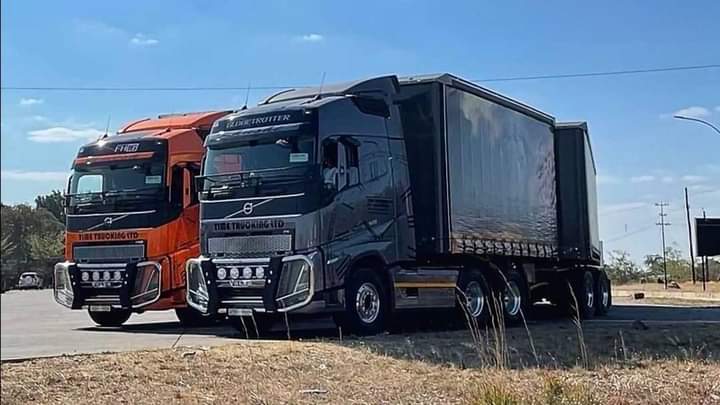 A truck driver from Time Trucking is languishing in police cells at Embassy Police station in Zambia after his manager got him arrested for allegedly stealing diesel or wasting it.

This has caused outrage amongst truck drivers who say that it is not an offence if the truck consumes slightly higher fuel than predicted.

SA Trucker received information that the trucker loaded pipes in Lusaka which he delivered to Chingola. He then ran empty to Ndola where he loaded cement destined for Mpulungu.

From Mpulungu he went empty to Kasama where he loaded maize to Lusaka and then reported back to the depot.

He filled up 1,520 litres diesel and the truck consumed 1,496.0 litres according to the truck’s on board computer.

Time Trucking Human Resources manager only identified as Zyambo then allegedly called him and explained that he had 213 litres shortage of diesel which he is suppose to be charged and deducted from the salary.

The driver refused to do so and told them him he would rather resign from his job than be charged on tramped up charges.

It is at this stage that Zyambo was enraged by the driver’s refusal to accept the charges and commanded the security guard to take the driver to the police station and have him arrested.

When SA Trucker reached out to Zyambo, he refused to comment and said the matter was being handled by Zambian police.

According to fuel consumption and distance covered readings from the truck it shows the truck had an average consumption of 1,85km/litre.

Fellow truckers are demanding his release from the police as they beleive he is innocent.

We demand the immediate release of this truck driver from Embassy Police station for we are going to take Serious legal action against them.

Any citizen should not be illegally imprisoned on false allegations and without proof. We have had a lot of complaint against Time Trucking Ltd.

We will walk the streets of Lusaka to peacefully demonstrate against the drivers injustice at Time Trucking Ltd within the confines of the law if they continue with this kind of unfairness.

Let each and every truck driver who feels the same pain tag the president of the Republic of Zambia HE Mr #HakaindeHichilima so that he helps the people that purely put him in power so that they can be equality.

Share this if you’re a trucker and know that tomorrow it can be you to go through the same situation if it’s not contained today. God bless every trucker.

Durban – There is nothing more annoying than being added to a…

A Zimbabwean truck driver Sam Murape 37, is in trouble in Ndola…