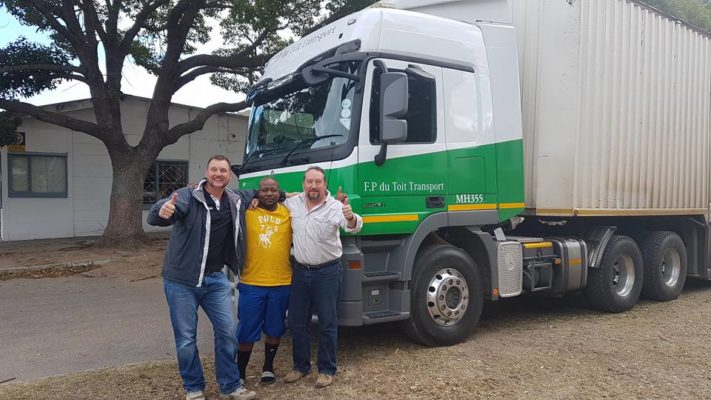 Owner and founder of FP Du Toit Transport has died

The group’s chief executive officer Stephan Terblanche confirmed the death saying they are not sure what the cause of death was, but it mimics a heart attack.

Du Toit is survived by his wife, two daughters, and his grandson ‘klein Willie’, named after him.

Terblanche said funeral arrangements are yet to be announced.

“The family is shocked, and we are shocked, and we were not prepared for his death, but we will always have good memories of baas Willie, as everyone always called him,” the chief executive said.

The FP du Toit Group, is a family owned business that is wholly Namibian and has been in Namibia for 51 years.

During the devastating Western Cape fires, Mr Du Toit brought much needed aid and goods for those who lost everything.

FP du toit was the first transporter to bring aid for the people in the cape and helped even before government could step in.