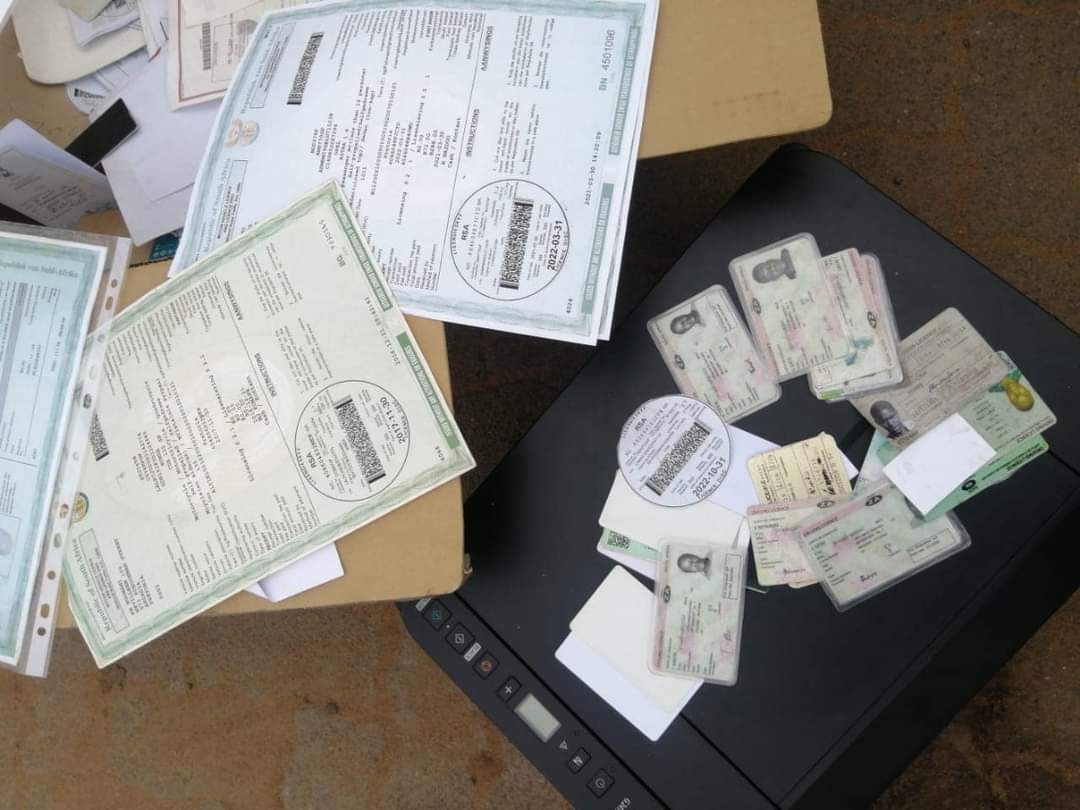 Gauteng police have arrested four suspects for manufacturing fake documents which include driving licences and identity documents on Tuesday.

The four, all Zimbabweans, operated from their bases in Ivory Park, Tembisa.

“Information was received about Zimbabwean nationals who were suspected to be running an illegal operation. According to the information received, the suspects were allegedly manufacturing fake driving licenses and asylum permits among others,” stated RTMC in a statement.

Read also: Pretoria trucking company closed down for using fake licences on half of fleet

“At about 16h00, the operational team identified two addresses in Ivory Park and immediately launched operations to investigate further leading to the seizure of the following fake documents:

Upon arrest, it was discovered that suspects are undocumented and have been arrested for the same offence before this arrest.

Suspects are expected to appear in court soon. Investigations continue.

This website uses cookies to improve your experience while you navigate through the website. Out of these, the cookies that are categorized as necessary are stored on your browser as they are essential for the working of basic functionalities of the website. We also use third-party cookies that help us analyze and understand how you use this website. These cookies will be stored in your browser only with your consent. You also have the option to opt-out of these cookies. But opting out of some of these cookies may affect your browsing experience.
Necessary Always Enabled
Necessary cookies are absolutely essential for the website to function properly. These cookies ensure basic functionalities and security features of the website, anonymously.
Functional
Functional cookies help to perform certain functionalities like sharing the content of the website on social media platforms, collect feedbacks, and other third-party features.
Performance
Performance cookies are used to understand and analyze the key performance indexes of the website which helps in delivering a better user experience for the visitors.
Analytics
Analytical cookies are used to understand how visitors interact with the website. These cookies help provide information on metrics the number of visitors, bounce rate, traffic source, etc.
Advertisement
Advertisement cookies are used to provide visitors with relevant ads and marketing campaigns. These cookies track visitors across websites and collect information to provide customized ads.
Others
Other uncategorized cookies are those that are being analyzed and have not been classified into a category as yet.
SAVE & ACCEPT
Total
58
Share
58
0
0
0
0