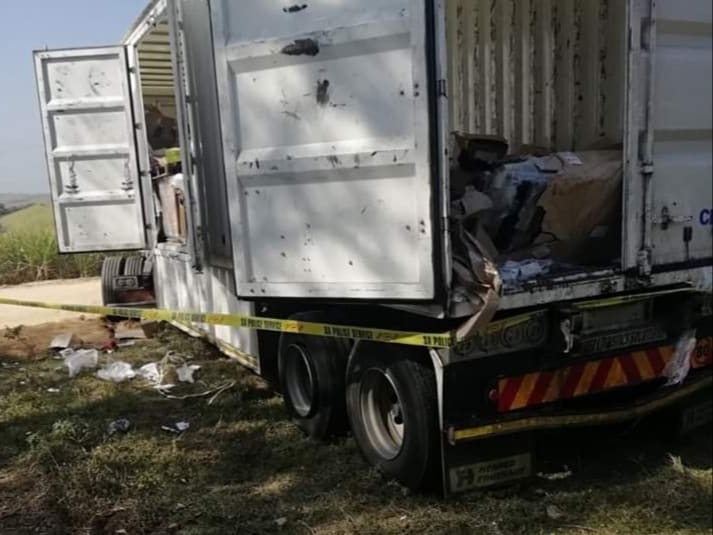 Police in KZN’s south coast town of Hibberdene have recovered a horse and trailer which was hijacked in Pinetown earlier.

Circumstances are that on 11 September the police officers were on patrol when they noticed the truck and trailer parked near Smith Stop, the trailer doors were wide open and a few boxes were found in the trailer but they was no one in attendance.

Following an initial investigation police discovered that the trailer was hijacked in the Pinetown. It was taken to the Port Shepstone Vehicle Safeguarding Unit for further investigation.

Later in the evening, Hibberdene police officers were patrolling the along Sipofu Road, when they came across two vehicles.

The occupants were busy offloading some items near KwaMpande Stop. The team swiftly secured the arrests of three men aged between 26 and 40.

The preliminary investigation at the scene revealed that the sealed boxes were linked to the truck trailer that was recovered earlier in the day.

All three suspects are facing charges of possession of suspected stolen goods. Both vehicles were seized for further investigation.

The suspects will be appearing at the Mzumbe Magistrates Court.

The leadership of the All Truck Drivers Forum (ATDF), Allied South Africa…

Suspects pounced on a delivery truck in the Isipingo CBD and made…
Inderan Naicker, the director of Crossmoor Transport, was allegedly the initial target…