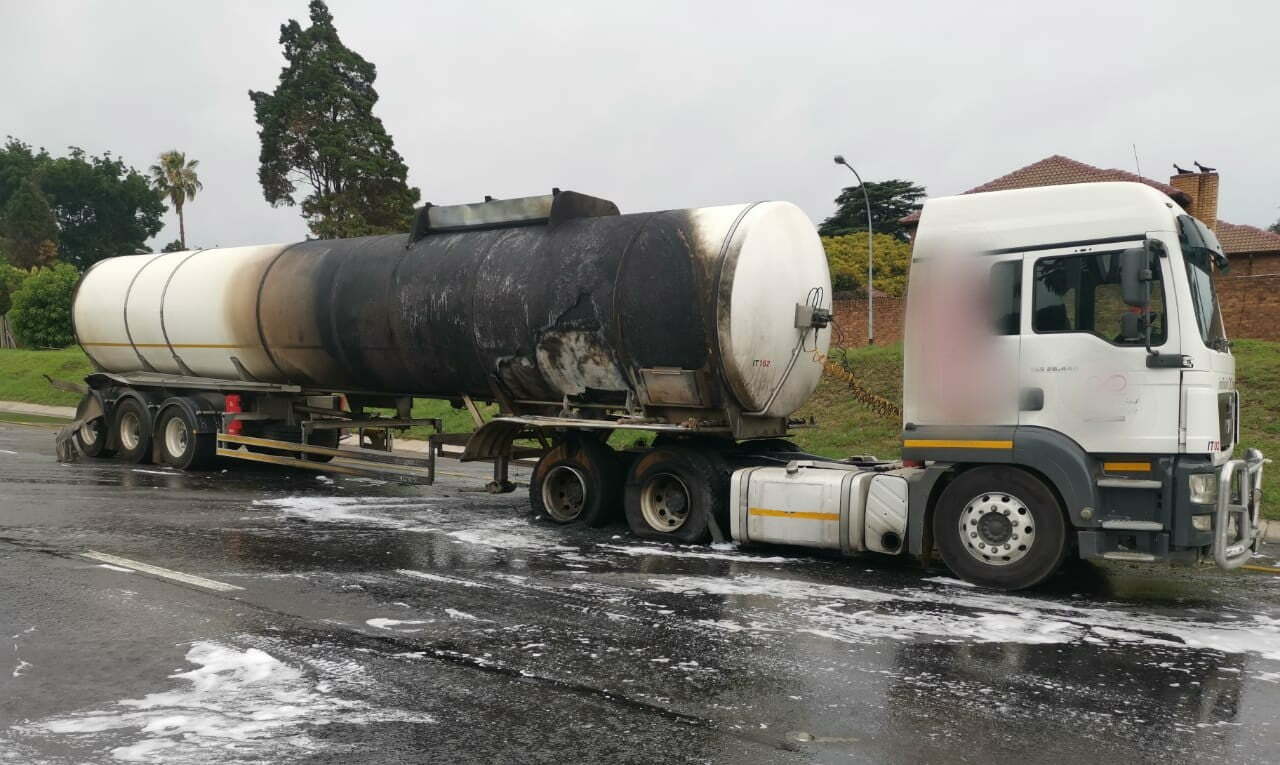 A truck driver was seriously injured when his truck collided with another truck and a tanker truck on the N3 north just after Va Buuren offramp on Monday afternoon.

Netcare 911 paramedics responded to the accident at 16h52 to find that three trucks had bumped into each other.

Reports indicate that three trucks were involved in a collision resulting in a fuel tanker catching fire.

“The patient was treated on scene while a Netcare 911 rescue technician with the Fire and Rescue services used hydraulic tools to free the patient.

Once stabilised the patient was flown by a Netcare 911 helicopter ambulance to hospital for further care.