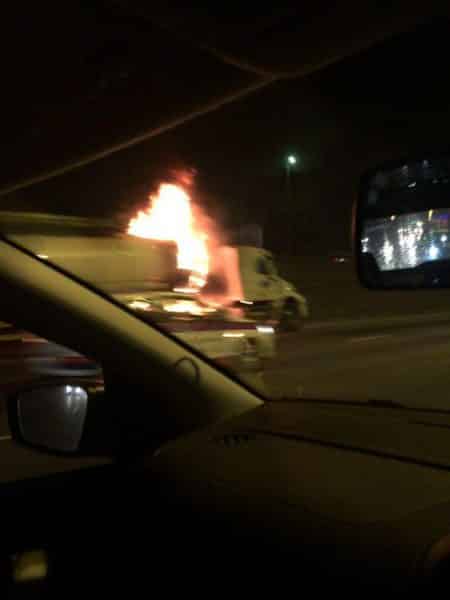 N1 south near New Road in Midrand was closed off for all traffic due to a milk tanker that is on fire last night around 2000hrs. 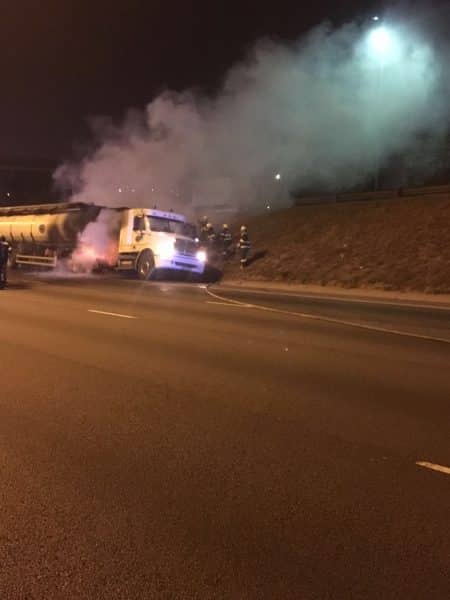 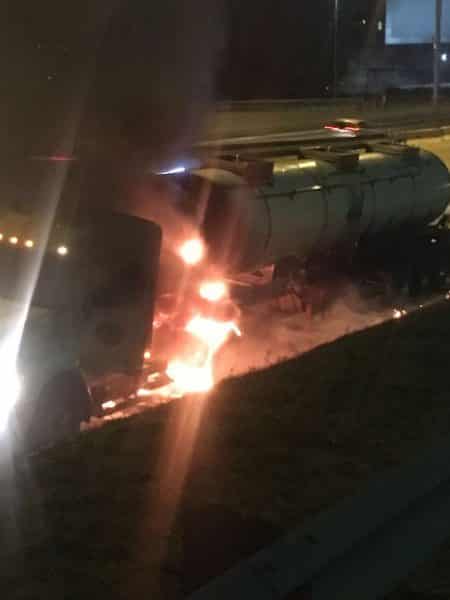 It alleged the truck pulling a milk tanker developed some mechanical problems and the driver decided to pull off the freeway and immediately after parking the truck caught fire. 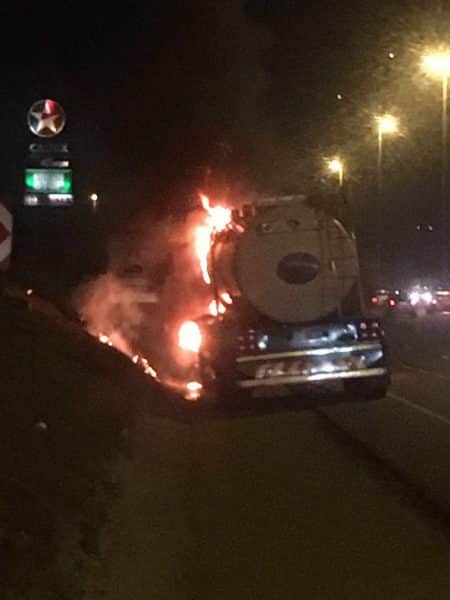 The freeway, however, for safety reasons was closed until the fire department could extinguish the flames.

No injuries were been reported and the authorities were on the scene to determine the cause of the truck fire. 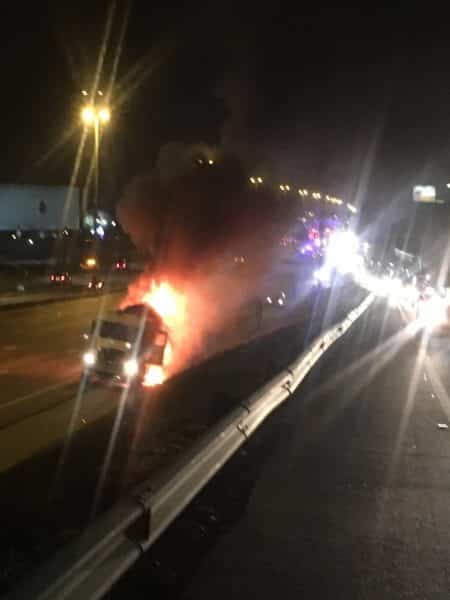