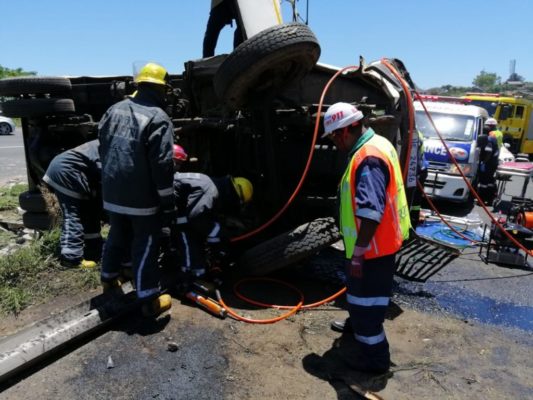 Paramedics had to employ jaws of life to free a truck driver who was entrapped after his truck rolled in Durban earlier today.

Netcare 911’s Shawn Herbst said they responded to reports of the accident around 11h20 on the N2 Southbound Claire hills, Durban on Saturday morning.

Reports from the scene indicate that the driver of the truck lost control resulting in the truck rolling over.

“Medics from Netcare 911 and Life Response 24 assessed the scene and found that the truck had three male occupants one if which was mechanically entrapped,” said Herbst.

Once freed all three patients were transported by ambulance to the hospital for further treatment.

The exact cause of the accident is not known at this stage, however, authorities were present to investigate.