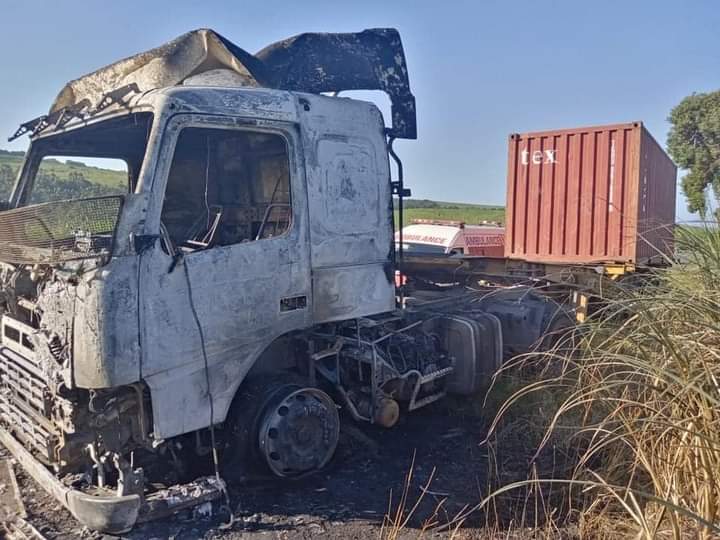 Security officers reported that they received a call of a truck on fire on Inanda Road. When officers went to investigate they found that the fire had been extinguished.

The driver could not be located. A shipping container loaded on the trailer was found empty.

According to RUSA, both the truck and trailer were recorded as not sought after.

The cause of the fire remains a mystery which the police will investigate.

The new system will give power to prospective learner licence and driving licence applicants to determine the date, time and
Nida Transport truck drivers are continuing with their strike which started on…