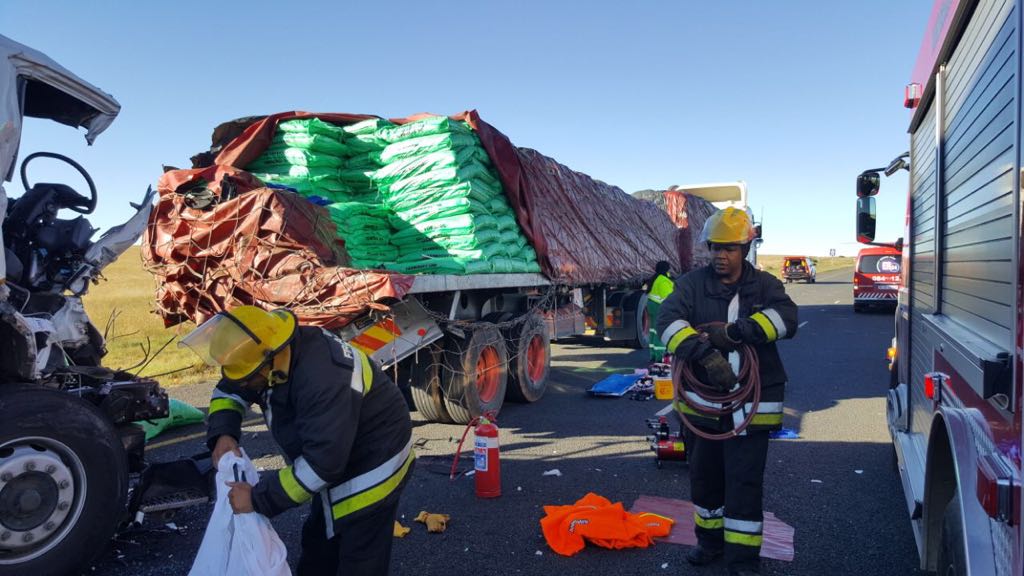 Two people have been killed and another critically injured following a rear-end collision between two trucks and a light motor vehicle on the N1 south-bound highway outside of Bloemfontein in the Free State.

ER24 paramedics, along with the Fire Services and Paramedics from the University, arrived on the scene to find the three vehicles in the left-hand lane of the highway.

Paramedics found the bodies of two men lying trapped in the light motor vehicle, which was smashed beneath the rear of one of the trucks.

Unfortunately, both men had already succumbed to their numerous injuries. Nothing could be done for them and they were declared dead on the scene.

The driver of the one truck was found lying trapped in his vehicle in a critical condition. Fire Services had to use specialized rescue equipment to free the man from the vehicle, an operation lasting more than two hours.

Once freed, paramedics treated the man and provided him with advanced life support interventions. He was later airlifted by a private medical helicopter to Pelonomi Provincial hospital for urgent care.

The driver of the second truck fortunately escaped injury. Local authorities were on the scene for further investigations.