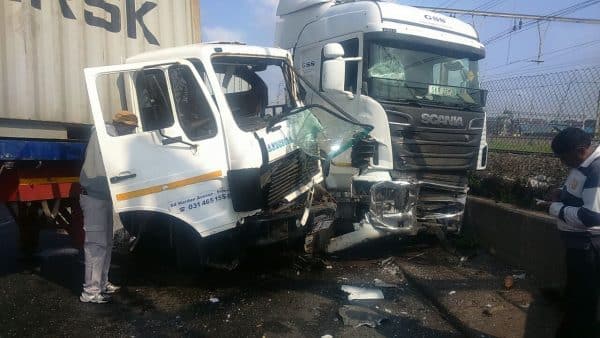 A collision between two trucks this afternoon around 12h30 has left two men seriously injured.

Both drivers were seriously injured and were stabilised at the scene by the paramedics before they were transported to the hospital.

The accident happened along South Coast road near the M4 fly over bridge. From the scene it suggest the two trucks were travelling in opposite direction but how they collided remains a subject of police comment.

Swakopmund-Coupled with the many challenges long distance truck drivers face, one of…