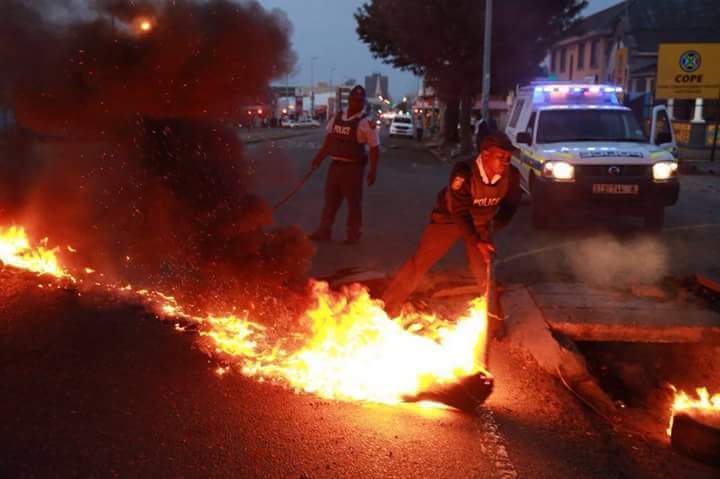 Pictures-Taxi strike halts business in the whole of Eastern Cape

Vehicles were unable to get into Mdantsane earlier, but were slowly able to leave Mdantsane in the Yako exit as taxis were being towed by heavily armed cops.

Commuters were being pulled out of cars by taxi operators in Mthatha.

Police spokeswoman Mali Govender said there were huge cement blocks on R72 about 10-15km before Chalumna on blind rise across the road from Port Alfred towards East London.

Several roads in East London have been blockaded.

The strike against the transport department has been called by the Eastern Cape division of the SA National Taxi Council (Santaco). Its provincial chair Noluntu Mahashe had warned yesterday: “Everything will come to a halt. We want the province to suffer as people will struggle without the public transport.“

Mahashe had promised that the march to hand a petition to the transport department in Bhisho would be non-violent.

This week the transport department was trying to unscramble the problem by drawing up a moratorium on the issuing of operating licences.

Spokesman Ncedo Kumbaca said they were in the process of putting the moratorium through the planning authorities, but ascribed recent taxi violence to saturated routes.

The moratorium would call a halt to the issuing of operating licences to all non-contracted services and would help verify supply and demand.

The gallery below gives you the picture of what transpired.

In recent times many people have raised the question: “ Why are…