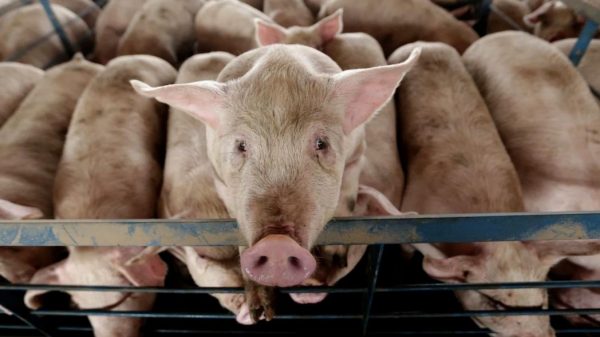 Pigs run wild after trailer topples over on Long Tom pass, ‘some looted’

A truck trailer full of pigs rolled over on the picturesque Long Tom pass between Lydenburg and Sabie on Wednesday afternoon, causing heavy traffic congestion.

The accident occurred shortly after 13:00 when the driver of the truck that the trailer was attached to apparently lost control on a sharp corner.

He managed to avoid an accident but the trailer, loaded with 75 pigs, toppled over. There were also 70 pigs aboard the truck.

“By miracle, only one of the pigs was slightly injured when its trotter got squashed during the roll over,” Deon Broekman, fire chief of the Thaba Chweu municipality, said.

According to him, several of the other pigs had scratches on their bodies.

The truck was on its way from Lydenburg to an abattoir in White River, near Mbombela (Nelspruit).

Broekman said the pigs were running all over the road after the accident.

The animals had to be contained in makeshift cages which were built with mesh screens taken from the truck. Some of the pigs were found a kilometre from the accident scene.

Three pigs were unaccounted for after the accident and according to Broekman, passing motorists may have stolen them.

Another truck from Lydenburg was sent to pick up the load.