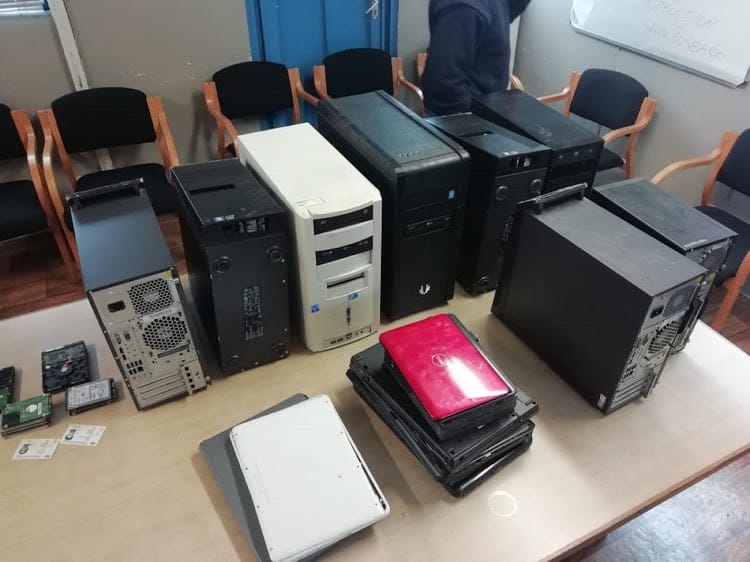 Cape Town – Police discovered a “one-stop-shop” for fake documents operating inside a printing shop and internet cafe in Gugulethu, Cape Town, on Tuesday.

Following up on reports of a fraudulent licence disc operation, police found everything from medical certificates to identity documents, passports and documentation for asylum seekers available at the backyard store.

They even found a city of Cape Town “payslip” among the illicit paperwork.

“They were following up information about suspected false motor vehicle licence discs being issued, but came across far more than they bargained for,” said Cape Town’s mayoral committee member for safety and security, JP Smith.

“A number of computers, documents and other items were seized,” he said. “This is a very disturbing case. Who knows how many fake documents have been produced by this operation, and how wide the net goes?”

Smith said that forgery cases are not paid as much attention as the risk they pose demands.

“Fraud and forgery are often forgotten, as they are not contact crimes, but they have the potential to pose a serious threat to the security and wellbeing of communities, and the country as a whole,” he said.

“The city will keep a close eye on how this case progresses, particularly because many of the templates for forged documents relate to services offered either directly by us or that require enforcement or oversight by the city,” he added.

Durban – Over and above their overtime, Road Traffic Inspectorate (RTI) officers…
The tanker caught fire and exploded causing fuel to flow down across the road whilst on fire and actually caused a further 4 trucks traveling in the opposite direction to catch fire.