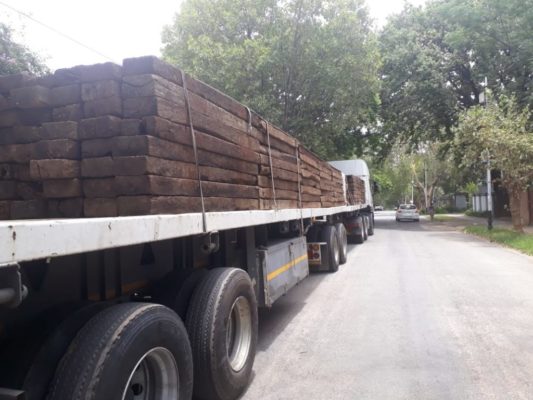 Durban – Police have rescued a truck driver who was hijacked in Durban and held hostage in Umzinto on the KZN South Coast on Thursday afternoon.

Police spokesman Brigadier Jay Naicker said that the truck driver was hijacked at around 18h30 on Wednesday evening.

“The truck driver was on the M7 in Rossburgh waiting for the robot to turn green.

A group of armed men threatened him and pushed him into the back seat.

They drove off to Umzinto where they held him hostage while attempting to dispose of the stolen goods. The driver was rescued by the police,” he said.

Naicker said officers from Umzinto SAPS and the K9 Unit raided a farm in Umzinto after receiving a tip-off that there was suspicious activities on the property.

“When the suspects spotted the police officers approaching, they fled into nearby bushes. A search was conducted and one suspect was arrested,” he said.

A 46-year-old man was arrested on the premises.

“Four vehicles including two trucks, a BMW sedan and Corsa bakkie were seized after it was established that they were stolen from Durban and brought to Umzinto.

One of the trucks contained goods to the value of one million rands, comprising of hi-fi systems, tyres and mag rims,” Naicker added.

Charges of carjacking and possession of stolen property were opened.

The suspect appeared in the Umzinto Magistrate’s Court on Friday for possession of stolen property and the case was remanded to January 21.

He will appear in the Durban Magistrate’s Court soon for the carjacking case.