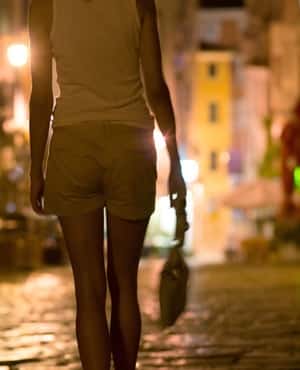 Johannesburg – Some hijackers take advantage of truck drivers who stop to procure prostitutes on highways in Gauteng, police said.
“Drivers… tend to stop on the N3 where prostitutes are working [and] standing next to the road. When [the drivers] stop to find out more, the suspects appear and take possession of the trucks,” according to a police presentation on truck hijacking cases in Gauteng from April 2014 to July 2015.

The presentation said other hijackers used a vehicle fitted with a blue light to pull over the trucks.

“The most common [modus operandi] was marked or unmarked Saps/Metro [police] vehicles fitted with blue lights and sirens… [who] drive behind the truck indicating the driver must stop.”

A person dressed as an officer would approach the driver requesting a driver’s licence and ask about the load on the truck.

Two or three suspects would take possession of the truck, tie up the driver and leave him behind the seat, or place him in another vehicle and drive away.

The driver would later be dropped off somewhere else.

Some hijackers often dress as road workers; set up roadblocks and pounce on the trucks once they stopped.

Some problems facing the police faced included no available witnesses as the incidents occurred in the late afternoons or at night. Witnesses or complainants could also not identify the suspects.

Another was allegations of police or metro police involvement as witnesses or complainants confirmed suspects were wearing uniforms.

In almost every reported hijacking incident, the truck’s tracking signal was not available, because suspects used jammers when they entered the vehicles.