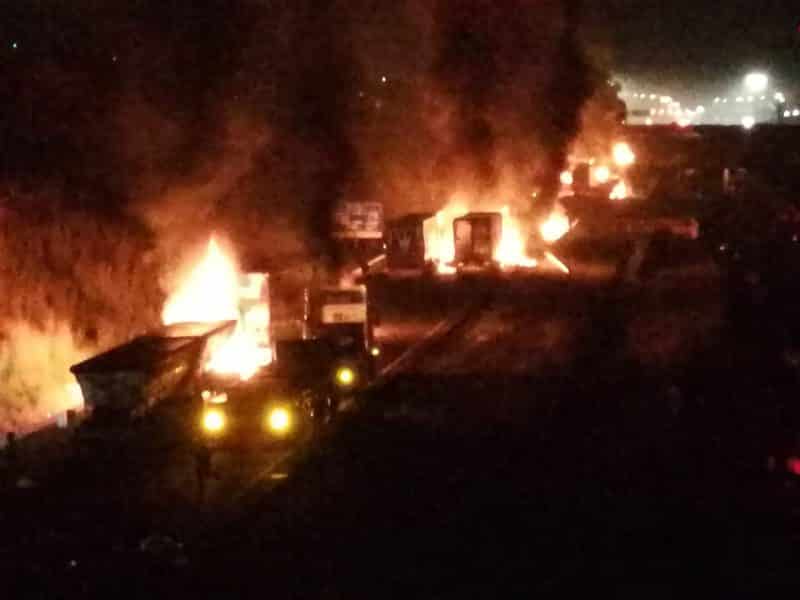 Durban – A wave of civil disobedience which saw trucks torched has forced the closure of the N3 and the R103 at Mooi River on Sunday night.

Law enforcement sources with knowledge of the incident confirmed that traffic had been halted on the busy national freeway. They said that police units were in the process of being deployed to the scene.

The N3 is the main freeway between Johannesburg and Durban‚ and is a vital tourist and business route‚ particularly for trucking.

It is understood that 10 trucks had been set alight and that protesters were firing live rounds at police.

This follows a similar incident over the Easter weekend when police engaged in running battles with mobs of looters.

Trucks were looted and burned on both the N3 and the adjacent R103 in skirmishes that lasted nearly 24 hours.

Cape Town – A truck driver from Time Link Cargo has been…