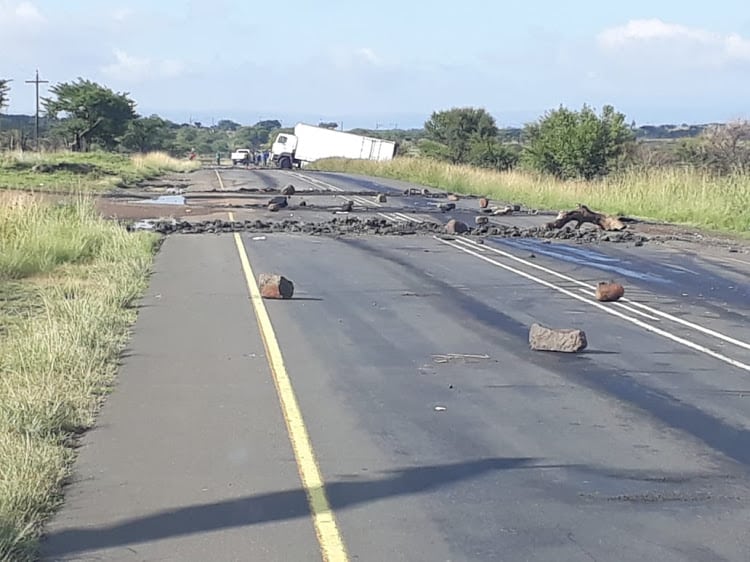 A rowdy group of protesters hijacked two trucks and stole diesel and batteries on R103 between Colenso and Ladysmith on Monday.

Early on Monday morning about 200 protesters blockaded the road with burning tyres.

“They stopped and offloaded then set alight the crates that were on two trucks. The batteries and the diesel were also stolen,” said KwaZulu-Natal police spokesperson Col Thembeka Mbele.

“The police are at the scene to stabilise and monitor the situation. A case of public violence is being investigated by Colenso police,” Mbele said.

Both truck drivers and their crew were not harmed in the attack.

The area has become a protest hotspot which truckers should always check with authorities before planning their journey.

In July 2018, 29 people were arrested for public violence after two days of protests over the local ward councillor.

A month later, protesters blockaded the road again when water and electricity supplies were cut off.

Riots by alleged pro-Zuma protesters left a trail of destruction in KwaZulu-Natal,…