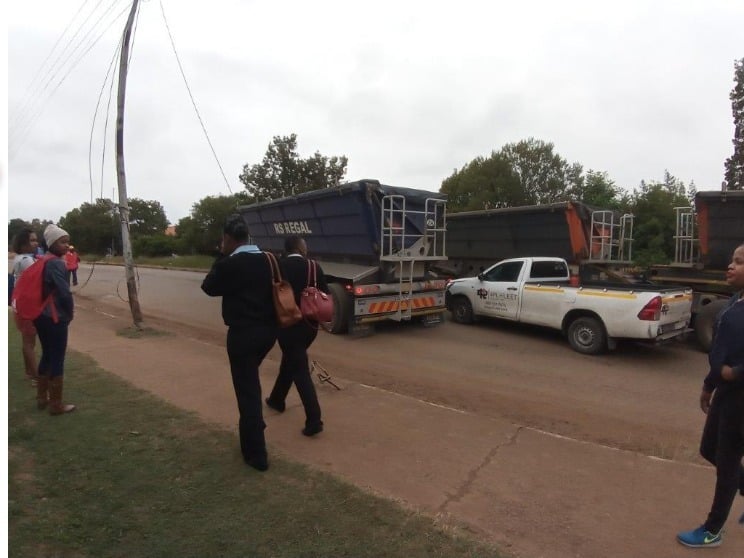 Protesters hijack trucks, use them to block off roads in Lydenburg

Protesters in Lydenburg forced truck drivers to park their trucks across Voortrekker road completely bringing traffic to a standstill on Monday morning.

Five trucks and a bus were hijacked by the protesters before being used to block the corner of Voortrekker and Eeufees and the train bridge leading towards the Heads.

According to information received, this was a successful attempt to sabotage mine workers going to work and children heading to school.

Community members were reportedly responsible for the blockage and hi-jacking of the trucks.

“Community members are demanding work from the mines in the area. This is the first time they blocked a road in town. Other attempts were always made on the Roossenekal road. This time, they caught officials off guard with the blockage of the road.”

According to Capt. Alfred Moela, communications officer of Lydenburg SAPS, the trucks drivers were caught off guard by the suspects.

“The suspects were driving a van and demanded the keys from the drivers after pulling them off. The drivers did not manage to get the registration of the vehicle and could not with certainty say how many suspects were involved.

We are, however, busy with the investigation and will be following up on all leads regarding the incident.”

He said that police are on high alert should any other incidents occur during the day.