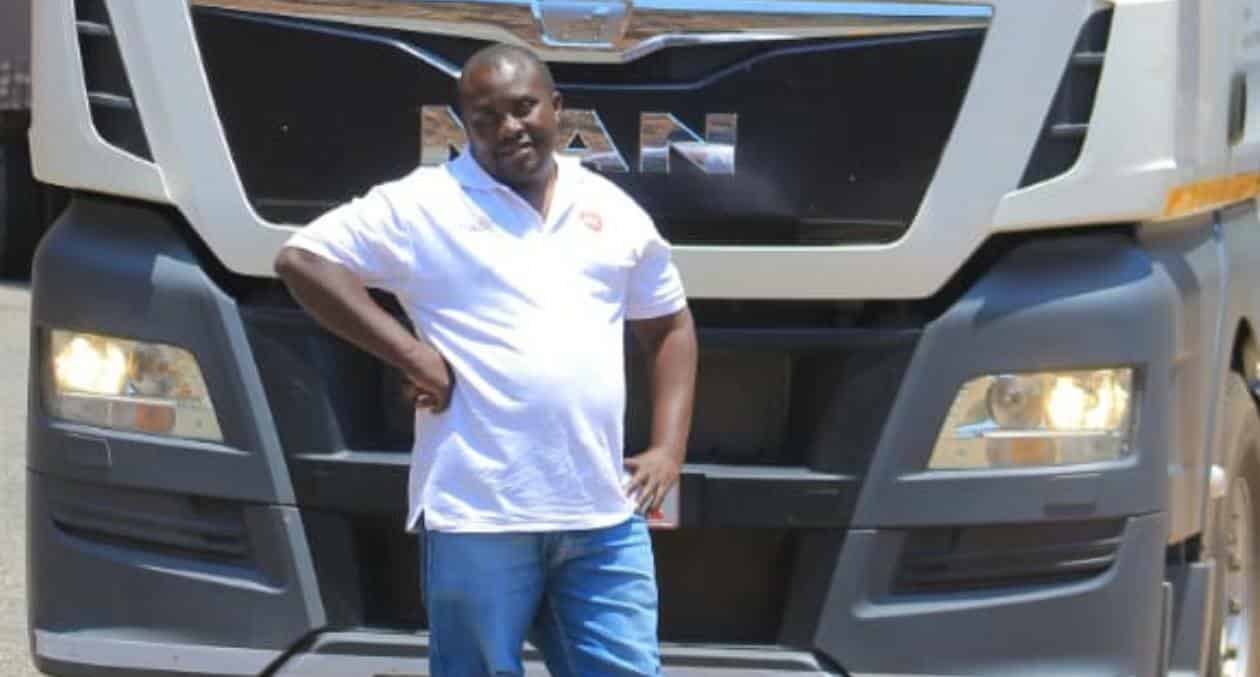 Here is a proud trucker moment powered by one Mr Rangarirayi Dokotera Mudzamba, a Zimbabwean trucker whose act of kindness, honesty and selflessness has captured the hearts of many.

Just after crossing into Zimbabwe, at the Beitbridge border post on Friday night Mr Dokotela picked up a lost wallet and a passport.

“It was late maybe around 22h00 when I found the passport and the wallet,” Mr Dokotela told SA Trucker.

He says that he was so tired so he just threw them on one side and retired onto his bed.

“When I woke up in the morning, I checked the details of the owner of the passport and then opened the wallet,”

“I found a Zimbabwean licence and a defensive driving certificate for Isaiah Chisadza, a R20 note and $400 (about R6,000) made up of 4 hundred dollar bills,” he said.

“I imagined how devastated Isaiah was wherever he was with his valuables missing and thought of a plan,”

Social media was the answer. Mr Dokotela made a video showing the found property and appealing to the public to help find Isaiah Chisadza so that he could reunite him with his property.

The video quickly went viral on social media where it attracted a lot of admiration from others for Mr Dokotela’s honesty.

In a few minutes, Mr Dokotela says he started receiving calls from people who knew Chisadza until one gave him his number.

He called and told him about his lost and found property.

“I was touched and satisfied by the relief in his voice as he thanked me for keeping his property safe,” Mr Dokotela added.

Mr Dokotela later gave Isaiah’s property to one of his friends at Lundi to hand it back to Isaiah since he had already left the border post.

Read also: Man surprises her wife with a MAN truck as birthday gift

SA Trucker reached out to Isaiah to hear his side of the story.

“I did not know that this kind of people existed. I only prayed that the person who picked up my stuff would not throw away my particulars and take the money but little did I know that God had a plan.”

“I thank God for Mr Dokotela and pray that he be blessed abundantly,” he said.

Chisadza said he actually didn’t realise he had lost his passport and wallet until Dokotela called him.

“I was surprised to receive a call from Mr Dokotela telling me that he had found my passport and wallet at the border post,”

“Upon checking, I realized that indeed they were missing. I was shocked and happy at the same time that I lost my valuables and already someone had them kept safe for me,” said Chisadza who would not stop praising Dokotela’s act of kindness.

“My passport is priceless, it has my South African work permit and I can’t operate without it because I am a cross-border truck driver. In Zimbabwe, getting a new passport costs about $350 (R4,650)” Chisadza said, looking at how much he would have lost if his property was picked up by another person.

He said, Dokotela then gave his stuff to one of his friends who was coming back to the border where he was and he has since collected them from him.

Mr Rangarirayi Dokotela Mudzamba is a 36-year-old trucking business owner from Harare. After his video went viral on social media he has been popularly called by his middle name, Mr Dokotela.

He owns Dokotela Group of Companies, a trucking company with bases in Pomona in South Africa and another one in Harare, Zimbabwe.  His company operates 4 trucks, one of which he drives himself. The company specializes in cross-border loads within Southern Africa.