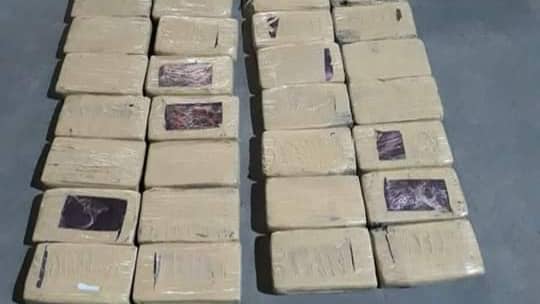 Hawks investigators nabbed an alleged member of a Cape Town cocaine syndicate thanks to the honesty of a truck driver who had inadvertently become a drug mule.

Details of how the truck driver, his boss and a shipping company became part of an undercover sting operation emerged in the Kuilsriver magistrate’s court on Tuesday where Mario Williams, 36, pleaded for bail.

The state prosecutor in the case explained to the court that Williams allegedly contacted the truck driver using WhatsApp voice notes explaining to him that he was to leave his horse and trailer unattended for 10 minutes at a service station on the N1 highway near Kraaifontein.

Williams, who earns R13,000 a month at a Cape Town refrigeration container company, said the driver would receive R5,000 in exchange.

The driver then notified the owner of the company he worked for, who informed the Eastern Cape Hawks about the situation.

The Hawks co-ordinated with their colleagues in the Western Cape and explained to them that the refrigerated shipping container which arrived at Port Elizabeth harbour, and which was heading to Cape Town, may contain drugs.

The driver, his boss, and the importer met the Hawks officers in Swellendam, a rural town between Port Elizabeth and Cape Town on the N2 highway.

There the investigating officer in the case searched panels at the back of the refrigerated container where he found two compartments containing 20 and 18 bricks of cocaine wrapped in brown tape.

The bricks of 1kg each are worth an estimated R30.4m.

The head of the Western Cape DPP authorised a sting operation.

After the cocaine was removed, one of the Hawks officers got into the truck with the driver while other Hawks teams, including the investigating officer in the case, shadowed the truck.

At 2:20am on Sunday the truck arrived at the petrol station and, as requested by Williams, pulled up to a truck parking bay.

After nearly an hour Williams arrived in his vehicle and parked next to the truck.

According to the state, he then opened his door, got out and retrieved a silver step ladder from the back of his car and started climbing up to open the panels where he was expecting to find the precious stash.

Hawks officers then swooped in and arrested him on drug trafficking charges.

The prosecutor told the court that she was instructed not to oppose bail but to rather ask for strict conditions to be placed on the suspect along with a hefty bail of R100,000.

Family members who attended court proceedings seemed distressed when the figure was read out and Williams’s attorney, Marcello Stevens, asked for bail of R20,000.

The magistrate ruled that there was a prima facie case and said that as it was a schedule five offence, the onus was on the accused to prove that it was in the interest of justice that he be released on bail.

The magistrate upheld the state’s request for bail of R100,000. Williams, who lives in Voorbrug, Delft, and is a husband and father of two children aged 9 and 13, was also placed under house arrest.

He may leave his home only for work and may under no circumstances leave the province.

The prosecutor said that he was not a flight risk as he did not own a passport, did not have previous convictions and was gainfully employed.

The matter was postponed to August 20. TimesLIVE