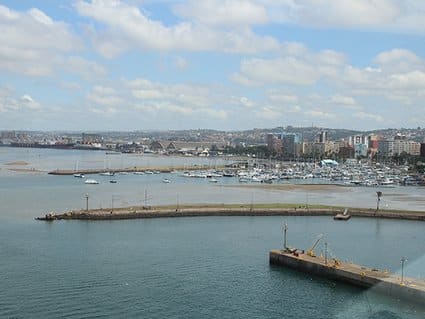 Members of the Drug Enforcement Bureau seized about 140-kilos of the drug at the Durban Harbour on Friday after receiving a tip-off.

The contraband used to make crystal meth or tik was found hidden in bags of pepper in a container on a ship.
The Hawks Simphiwe Mhlongo says the vessel had arrived from northern Africa.

“The Hawks members working together with SARS, Shongweni K9 as well as SAPS managed to crack down this container which was monitored whilst coming through Durban harbour.

“No arrests have been made at this stage but the Hawks members are following positive leads,” he said.

“You eat three of these buns, you’re done!” That’s the warning doing…

Limpopo – Three people have died and one seriously injured when a…