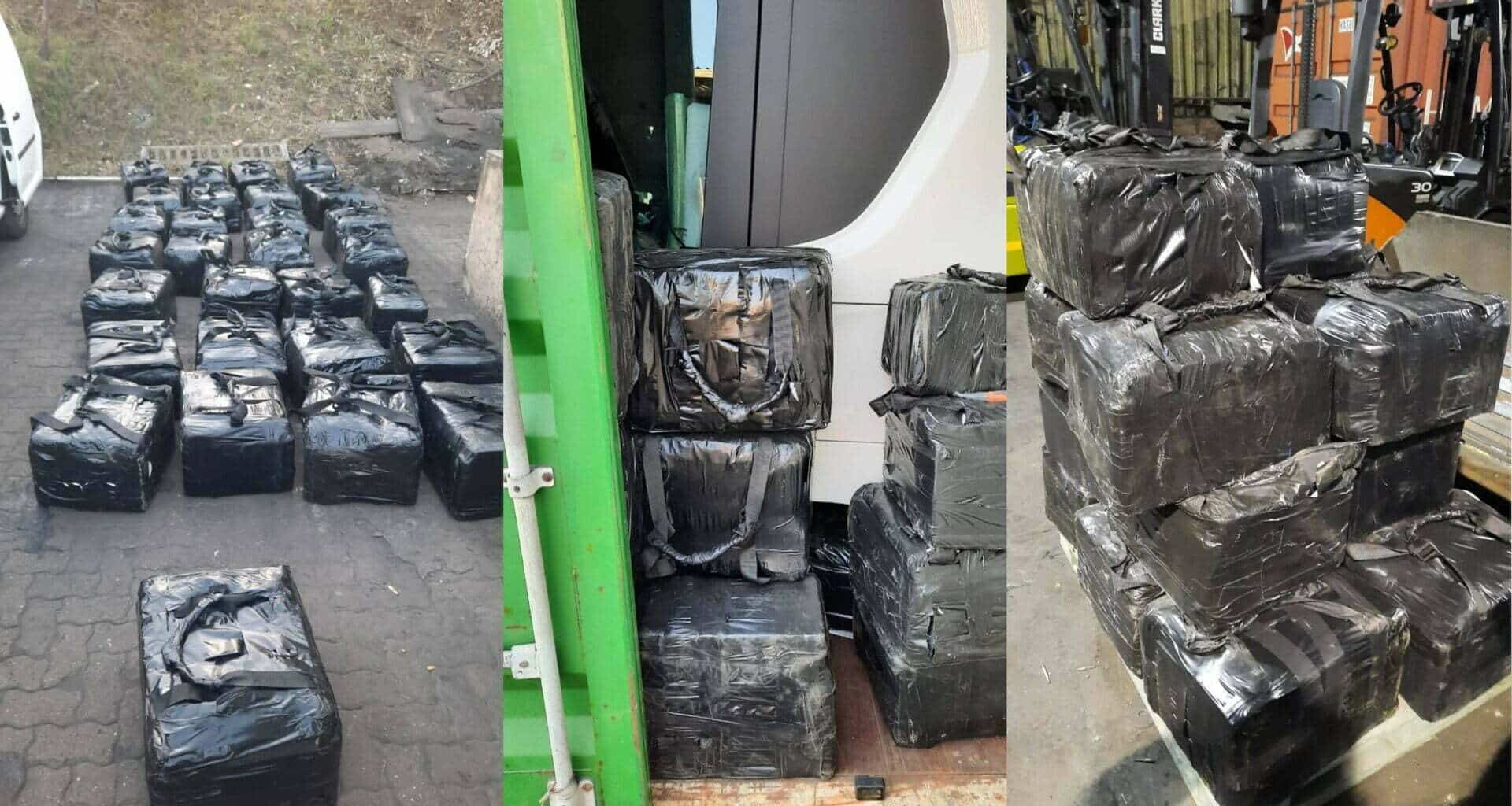 Durban – Cops have seized 999 bricks of cocaine valued at R500m at the Durban harbour which was found stashed in a container destined for Scania South Africa.

The police suspect it’s a ‘Rip on/Rip Off’ situation, where the drugs would be removed from the container clandestinely and the container seal replaced without the knowledge of the consignee (SCANIA SA).

The half a billion rands worth of drugs was seized at Durban Harbour last month in an operation by the South African Narcotic Enforcement Bureau of the Hawks from Gauteng, National Office and Durban units.

Hawks spokesperson, Katlego Mogale said the team acted on information received which was operationalised on a container at the harbour.

Mogale said the container was reported to be containing truck parts destined for SCANIA South Africa.

The team proceeded to the said premises and established that Border police’s initial investigations revealed that it would be a ‘Rip on/Rip Off’ situation, where the drugs would be removed from the container clandestinely and the container seal replaced.

The balance of the goods in the container was established to be truck cabs destined for SCANIA SA.

A total of 999 bricks of cocaine weighing 1000kgs with a street value of R 500 million were seized.

“No arrests have been made at this stage and investigations are continuing.

Since March over 4 tons of cocaine have been seized in South Africa and most of these drugs would have been destined for other countries whilst at least 20% would have remained behind as payment to the traffickers and consumption in the domestic market,” Mogale said.

This case is believed to be linked to similar drug seizures of 715 kgs in Aeroton, JHB, Gauteng coming from Durban Port, also disguised as Scania truck parts, earlier in July.

Mogale said during the seizure of the said consignment, four suspects were arrested including three police officials. Investigations have revealed that the origin of all of these consignments is the Port of Santos in Brazil.

She said two more seizures were executed at a Depot in Isipingo, Durban and an even larger seizure in Gauteng where four suspects were arrested.

“The Directorate for Priority Crime Investigation is still seeking assistance in locating a foreign national believed to be the mastermind behind some of these criminal activities.

Information received will be treated with strictest confidentiality.

National Head of the DPCI, Lieutenant General Lebeya appreciates the information from the public that resulted in the interdiction of these consignments from reaching the consuming victims.

“The supply chain has been severed. The focus should now be on finding the perpetrators of these crimes,” Lebeya said.

Durban – A Chatsworth businessman was unlucky for the second time on…

Nine people, including five traffic officials, have been arrested for issuing truck…