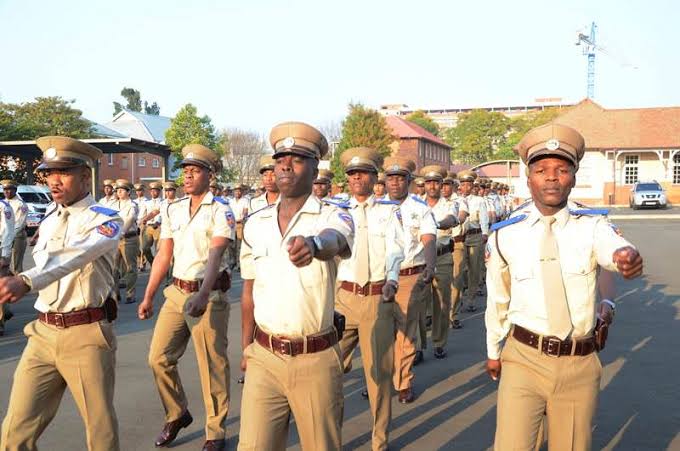 Durban – Over and above their overtime, Road Traffic Inspectorate (RTI) officers used to be paid for callouts to emergencies but the introduction of a new rule on overtime has put a stop to that resulting in minimal to no staff available to attend serious incidents.

This was revealed in a report by The Witness in which RTI is alleged to have known about the imminent violent attacks on trucks at the weekend, but did not put enough officers on the roads because of the clampdown on overtime pay.

The recently-introduced rule says that officers cannot exceed 520 hours of overtime a year.

Previously, officers would get paid for callouts to emergencies over and above their overtime payments.

But now there are concerns that there will not be enough officers available for emergencies — especially on weekends.

The report claims that more than 40 officers at the Pietermaritzburg RTI office alone were dropped from the roster for the weekend, before all hell broke loose on the N3 highway on Sunday.

Sources also claimed that RTI officers were not deployed in numbers because of this new rule, despite the police’s crime intelligence division informing them of possible mayhem on the roads.

Violence on the N3 reached boiling point on Sunday when several trucks were torched and drivers were attacked. There have been increasing violent attacks over the past month, with those responsible said to be targeting companies employing foreign drivers.

One high-ranking RTI officer said that staff were now refusing to attend emergencies.

“We highlighted to [management] that there are these attacks and emergencies like these happen … But now officers are saying ‘don’t phone me after hours’.”

The officer said: “The public is at risk; it’s a serious thing. They are saving money instead of saving lives. We can’t operate like that.”

Another RTI officer claimed there was a “skeleton staff” at RTI stations on Sunday. “The issue is that they knew about the potential threats … I pray and hope [it gets resolved because] it’s huge losses economically and it affects service delivery.”

The KZN Department of Transport disputed this, however, saying that there was no overtime issue. “If workers are asked to work overtime, they will be compensated for these hours,” spokesperson Mluleki Mntungwa said in response to a detailed query.

But even the Public Servants’ Association (PSA) confirmed it was lobbying the department about this very issue, saying officers are refusing to be on call for emergencies anymore.

“When there’s an emergency, they are reluctant to come out,” PSA provincial manager Claude Naiker, said. “There are now very minimal, or sometimes no, staff at an emergency. We have told the department about this.”

The Road Freight Association said it will also try to speak to the provincial department about this issue.

“This is really troubling news,” its spokesperson Gavin Kelly said. “We’re in a state where freight operators need protection of every law enforcement agency out there.”

Kelly said it was possible that drivers would down tools out of fear if the attacks continued. “If your safety could not be guaranteed, would you want to work?” he asked.

“Innocent people are being targeted, even those operators who aren’t employing foreigners as drivers,” he added.

This week, the police, Department of Transport and the KwaZulu-Natal Premier’s Office established a task team to deal with the problem. SA Trucker can confirm that there has been a high visibility of law enforcement officers after the meeting.

Durban – Several trucks were caught up in a violent protest on…

Pulling up at one of the many pit stops along the N1,…
Frontline health care workers, members of the security services, essential service workers…