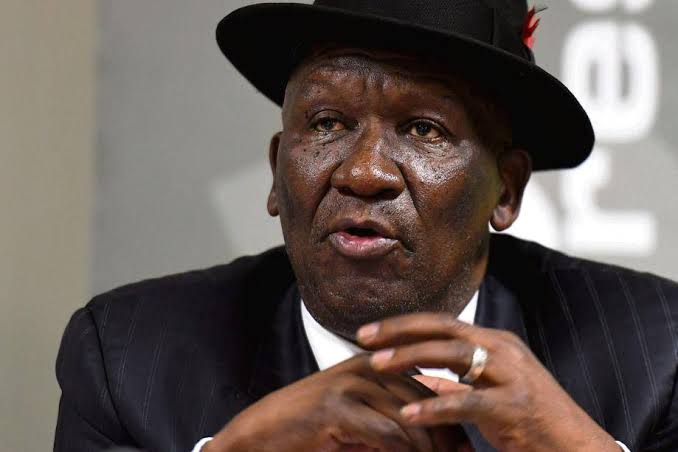 SA lockdown: No booze, no jogging as Cele details the 24/7 curfew rules

There will be no jogging, dog-walking or sale of alcohol, during the government-imposed 21-day lockdown, says Police Minister Bheki Cele.

The stringent regulations are among a range of prohibited services and areas to be accessed during this period.

Addressing reporters on Wednesday, Cele clarified that among a raft of prohibited movement, will be jogging and walking of dogs.

The regulations of the 24/7 curfew, which has specified exemptions, were released by Cooperative Governance and Traditional Affairs Minister Nkosazana Dlamini-Zuma on Wednesday.

Cele said: “There’s no need to move around. The cluster met, we had discussions and agreed that there shall be no walking of dogs. It doesn’t enhance the call made by the President. If you really want to walk your dog, do it around your house – it ends there. The Disaster [Management] Act says the movement of alcohol shall be limited, there shall be no movement of alcohol (during lockdown), that’s illegal. What you have at home, you consume it there at home, not next door.”

Areas closed to the public include religious, cultural, sporting, entertainment, educational, organisational and similar premises will be closed for the duration. Parks, beaches and swimming pools, open food and flea markets and bazaars will also be closed, as will nightclubs and casinos.

Lodges and guest houses will also be closed, except those who already had tourists when the shutdown was announced.

“Private and public game reserves, except those who are already housing tourists, are required to remain housed,” the Minister said.

Cele also warned that on-consumption premises where alcohol is sold – shebeens, shisanyamas and taverns – are to remain closed.

“This time we are not buying liquor between 9am and 6pm; you shall buy no liquor. I’m sure that makes life easier for all of us.”

He warned that off-consumption outlets that will continue to sell liquor during that lockdown, will be dealt with.

“They shall not sell liquor. I know that some of them have the tendency of moving around bottles during such periods. Any person who is seen leaving a store with liquor, we’ll have problems,” he said.

Theatres and cinemas, shopping malls and centres (excluding grocery stores and pharmacies) will also not operate during the lockdown.

Should these laws be broken, perpetrators face six months in jail and fines, or both.

“In KZN (KwaZulu-Natal) two people have been charged with attempted murder after they deliberately moved around after being told not to. It’s not a fairytale that the law will act and act very harshly on you,” he said.

Defence Minister Nosiviwe Mapisa-Nqakula said the lockdown is not meant to punish citizens to contain and minimize the spread.

“The Constitution of the Republic of South Africa mandates the SANDF to defend and protect the Republic, its territorial integrity and its people to preserve life health and properties in emergency and humanitarian operations,” she said.

The Military will during the lockdown assist in roadblocks and foot patrols to enforce curfew. They will also be involved in border control activities as some have been closed as well as support the health authorities.

She clarified that the SANDF had not yet been deployed, contrary to misleading posts on social media. The SANDF will be deployed by President Cyril Ramaphosa at 4pm on Thursday.

Dlamini-Zuma said: “The regulations will ensure that we implement this lockdown and enforce it, this lockdown is really about protecting lives, trying to stop the pandemic from spreading very fast,” she said.

The Minister said it was important for citizens to strictly obey the lockdown.

“People must stay at home and if you have to leave, you go to work for essential services,” she said.

“Stay at home unless you are essential to our survival.” – SAnews.gov.za

Truckers Association of South Africa (TASA) is planning to protest this morning,…